Leeds United fans have taken to social media to call for the signing of Robin Gosens this summer after the Atalanta wing-back starred for Germany in their Euros win against Portugal.

Some supporters have even explicitly name-dropped Director of Football Victor Orta and chairman Andrea Radrizzani as they dream about the recruitment of a player that’s bordering on world-class level.

Gosens joined Atalanta in the summer of 2017 and has proven himself to be one of Europe’s top wing-backs since heading to Serie A with fine displays that have earned the ace a spot in the Germany squad.

The marauding 26-year-old, who seems to be the perfect style of player for Marcelo Bielsa, played a key hand in his nation’s first three goals in their 4-2 win against Portugal on Saturday.

Gosens came up with assists for Die Mannschaft’s first two goals before heading into the back of the net himself to make it 3-1 and effectively put the tie to bed.

See More: Leeds United are ready to push the boat out to secure three signings this summer

Here is how some of the Leeds faithful reacted to the rumours and Gosens’ superb performance:

Robin Gosens is an outrageous Left Back!

Leeds need a left back…

Get gosens at Leeds @andrearadri

Get Gosens to Leeds in the summer #lufc

That Robin Gosens would fit in lovely at Leeds ? #lufc

Get Robin Gosens at Leeds 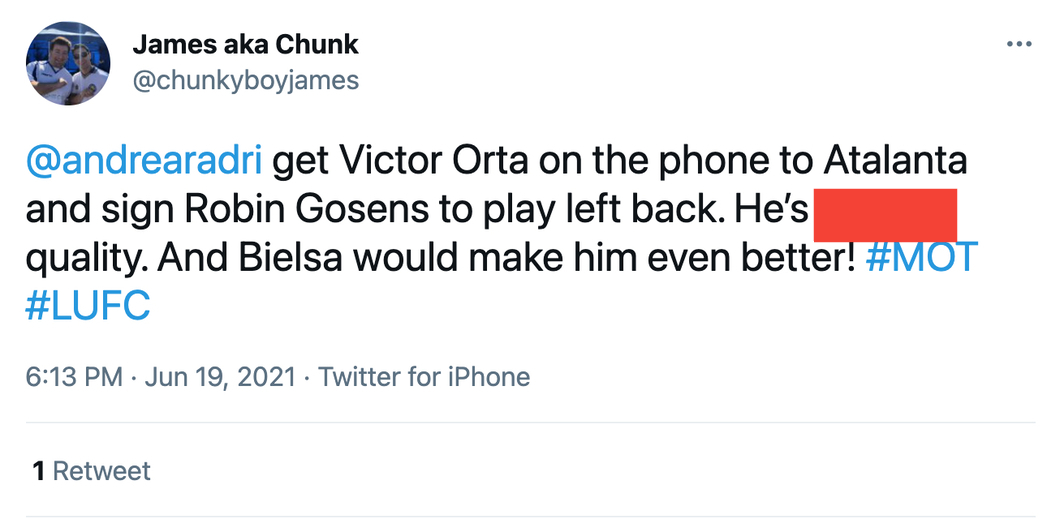 German publication SPORT1 report that ‘big clubs’ from Italy and England are keen on Gosens, whilst Barcelona recently contacted their ‘Italian advisor’ as they seemingly sound out a swoop.

SPORT1 add that Atalanta triggered an option to extend the wing-back’s contract until 2023 a few weeks ago, with that meaning it will take an offer of at least €35m to convince Atalanta to sell.

Gosens turned in a solid performance in his nation’s opening defeat to France and then came up with a game-winning display against Portugal, there’s bound to be offers for the ace this summer.

The Germany international would be an ideal recruit for Leeds as the Yorkshire outfit have found left-back to be somewhat of a problem position in recent years.

Stuart Dallas and Ezgjan Alioski have performed superbly as make-shift options there over the last couple of seasons, but the former closed out the season starring in midfield and the latter’s future is still uncertain so a natural left-back may well be a priority for the Peacocks ahead of next season.