Robin Gosens more than proved his point to Cristiano Ronaldo on Saturday following a cold rejection of the past.

The Atalanta star put in an unbelievable performance for Germany to see off Portugal with a 4-2 win at Euro 2020 on Saturday, getting a standing ovation from supporters at the full-time whistle.

Cristiano Ronaldo put Portugal ahead in the game, but Germany fought back and overran Fernando Santos’ men to come away with their first three points of the competition.

Gosens was vital, putting in an irresistible display, and after the game, he made a point of not asking for Ronaldo’s shirt having been turned down by the Juventus star in the past.

In his biography Dreams Are Worthwhile, as spotted by The Sun, Gosens wrote: After the game against Juventus, I tried to fulfil my dream of having Ronaldo’s jersey.

“After the final whistle I went to him, having not even gone public to celebrate. But Ronaldo did not accept.

“I was completely blushed and ashamed. I went away and felt small. You know that moment when something embarrassing happens and you look around to see if anyone noticed it?

“That’s what I felt and tried to hide it.”

This time around, Gosens did not ask again, saying after the game, as published by The Sun: “I didn’t ask Cristiano Ronaldo for his shirt because I want to take advantage of this victory and tonight.” 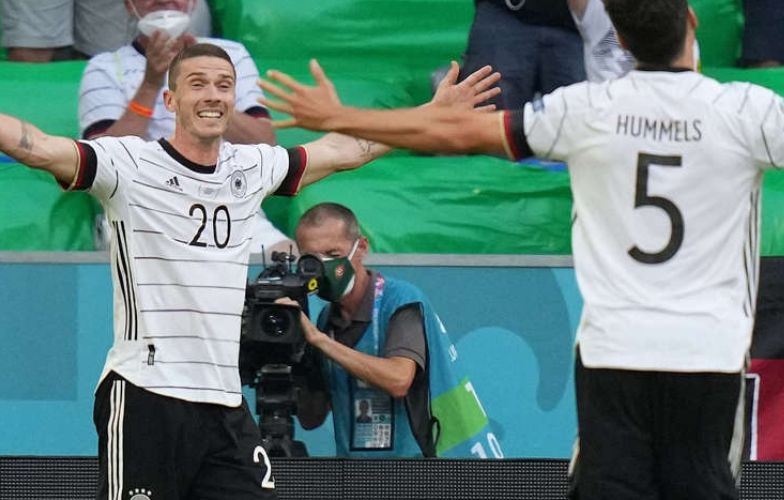 After Gosens’ latest performance, it is Ronaldo who should have been asking for a shirt after the game, the 26-year-old dominating the reigning European champions.

And he even got on the scoresheet, scoring Germany’s fourth as they moved level with Portugal in Group F on three points ahead of their clash with Hungary.

With France and Portugal going head-to-head on the final matchday, Joachim Low’s men will now be favourites to advance over Portugal, though if both sides claim a point or more, both could well still advance, as well as France.