Bayern Munich president Herbert Hainer has hit out at UEFA over their decision to stop the Allianz Arena being lit up in support of the LGBTQ+ community.

Amid a restriction of rights for LGBTQ+ citizens in Hungary, Germany were planning the light the Allianz Arena up in rainbow colours to promote and support diverse communities in Hungary and around the world.

The lights were intended to be in place for Germany’s Euro 2020 clash with Hungary on Wednesday night, but UEFA have decided not to approve the request, describing the move as ‘political’.

That decision has been criticised fair and wide, and the president of Bayern Munich – to whom the stadium belongs – has now delivered his response.

Hainer said in a statement, as published on Twitter: “We would have liked it if the Allianz Arena could have been lit up in rainbow colours on Wednesday.

“Open-mindedness and tolerance are fundamental values that our society and FC Bayern stand for. That’s why Bayern FC has lit up its stadium in the colours of diversity, for example, on Christopher Street Day for several years.”

And that statement has been echoed by many of Bayern’s Bundesliga rivals, who have taken to social media to voice their backing of the cause. 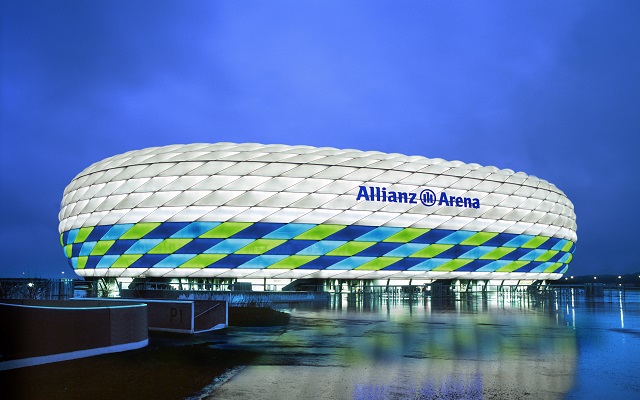 A signal for diversity ????

During the @DFB_Team_EN game against Hungary on Wednesday evening, the RheinEnergieSTADION pylons will light up in rainbow colours. pic.twitter.com/RMJ0F8kcw6

Schalke posted: “It isn’t about provocation. It’s about doing the right thing. #S04 stands for diversity and tolerance.”

Meanwhile, Cologne announced: “A signal for diversity Rainbow flag. During the @DFB_Team_EN game against Hungary on Wednesday evening, the RheinEnergieSTADION pylons will light up in rainbow colours.”

In a statement, UEFA have said it is ‘politically and religiously neutral’ and that because the message is aimed at a ‘decision taken by the Hungary national government’ they ‘must decline’ the request.

The decision UEFA refers to is Hungary’s decision to make the “display and promotion of homosexuality” among under-18s illegal, something that has been widely condemned among EU and other countries.