Having been recently linked with a shock summer move to the likes of Liverpool and Manchester United, Leeds United winger Raphinha has hinted that he has no intention of leaving Marcelo Biela’s Whites.

Following what was a hugely impressive debuting campaign in England’s top-flight for the Brazilian, Raphinha, who racked up 15 goal contributions in 30 appearances, has caught the attention of some of the league’s biggest clubs.

Rumoured to be a target for both Liverpool and Ole Gunnar Solskjaer’s Red Devils, Leeds United fans have been left to ponder where their star attacker may end up playing next season.

Well, good news could be on the horizon after the winger took to his Instagram to post an image of the 2021-22 Premier League season featuring himself wearing his full Leeds United kit.

If the attacker’s social media post is anything to go by – as far as speculation goes – this rumour now looks to be over. 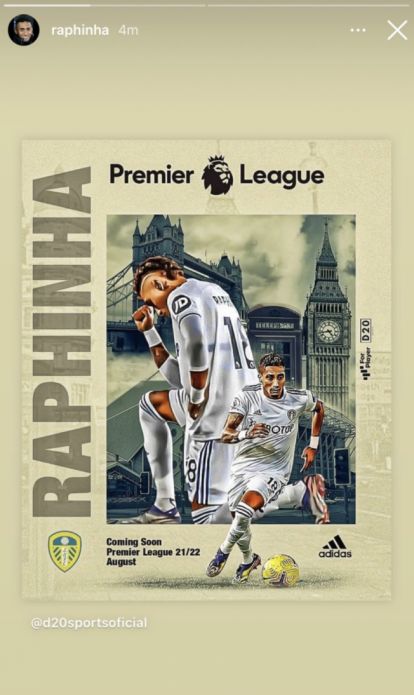