Premier League legend Yaya Toure has explained how the likes of Eden Hazard use their ‘bum’ to control the ball and slip around opponents in a brilliant piece for the Athletic (subscription required).

Toure doesn’t shy away from the fact that Hazard’s ‘big’ bottom has become a bit of a ‘joke’ – it certainly is on social media, but the Ivorian insists that it’s ‘very important’ to the Belgian superstar’s game.

The ex-Manchester City midfielder is amazed by how well Hazard uses his rear to ‘block’ opponents when he’s receiving the ball and being challenged, adding that it acts like a ‘punch’ out to defenders.

Hazard is one of the best dribblers in the world and his unheralded skill of using his entire body, especially his bottom and hips is one of the reasons why he navigates out of danger so easily.

Toure, who has seen first-hand how Hazard uses this to his advantage, adds that Antoine Griezmann, Luis Suarez and Sergio Aguero are also good in this regard but ‘no one is better’ than Eden. 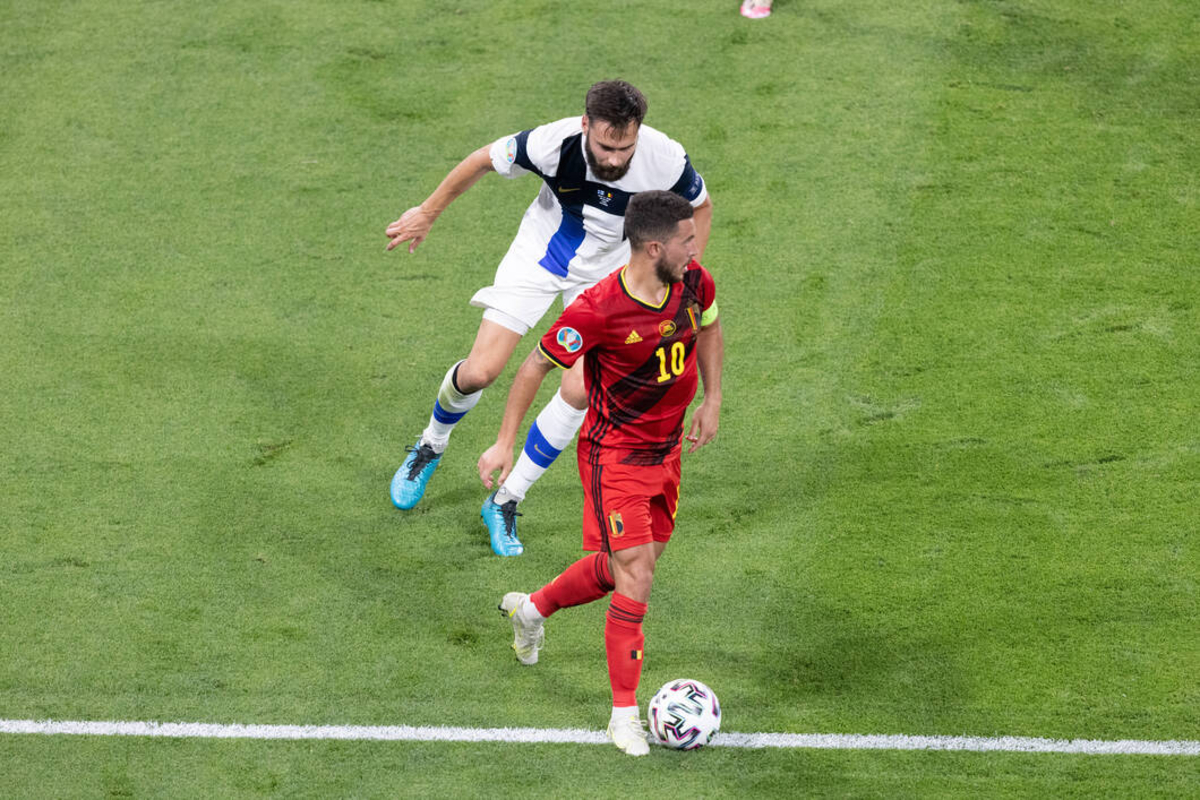 Toure is absolutely amazed by how Hazard uses his rear to his advantage:

“On the subject of Belgium, we have to talk about Eden Hazard.”

“It has almost become a joke how big his bum is, but it is very important to how he plays football.”

“Hazard is so dangerous that when the ball comes to him, he has maybe less than five seconds before the opposition are on him — I know from my time at City, you want to limit his time on the ball.”

“When the ball arrives at Hazard, he can already sense the opponent coming towards him, so he waits until the last moment and uses his bum to block them.”

“It pushes the opponent away –  almost like a punch – and then, when he has opened up that space between him and the defender, he will power away and start the attack.”

“Other wide players use their bums this way, such as Antoine Griezmann for France, and you might see Luis Suarez and Sergio Aguero use this at the Copa America, but there is no one better at it than Eden Hazard.”

“The way he can control the ball after using his bum, the way he uses his bum and his body and his hips to protect the ball when defenders run at him, the way he can turn in any direction turn after the impact… it is unbelievable.”

Toure rounded off the interesting in-depth piece with this:

“The best players, the ones who use this skill with their hips, are two-footed, so when the ball is coming towards them, they can look behind, know who is going to coming and then, after using their bum to protect the ball, can go either way to get out of the tight space.”

“Eden Hazard uses both legs, a big bum and can turn in any direction.’

This isn’t the kind of expert analysis that we would’ve expected to see from retired star Toure, but it is certainly valid and offers some detail into a facet of dribbling and ball control that isn’t discussed often.