Gary Neville has named a pretty surprising starting XI for England as they prepare to take on Germany in their next Euro 2020 game.

The Three Lions won their group, albeit somewhat unconvincingly as they bagged 1-0 wins over Croatia and the Czech Republic, whilst drawing 0-0 with Scotland.

Neville has now suggested some changes for Gareth Southgate ahead of a huge game with Germany next week, with no room for either Phil Foden or Jack Grealish!

See below for Neville’s line up via his official Twitter page, with Arsenal youngster Bukayo Saka keeping his place in attack… 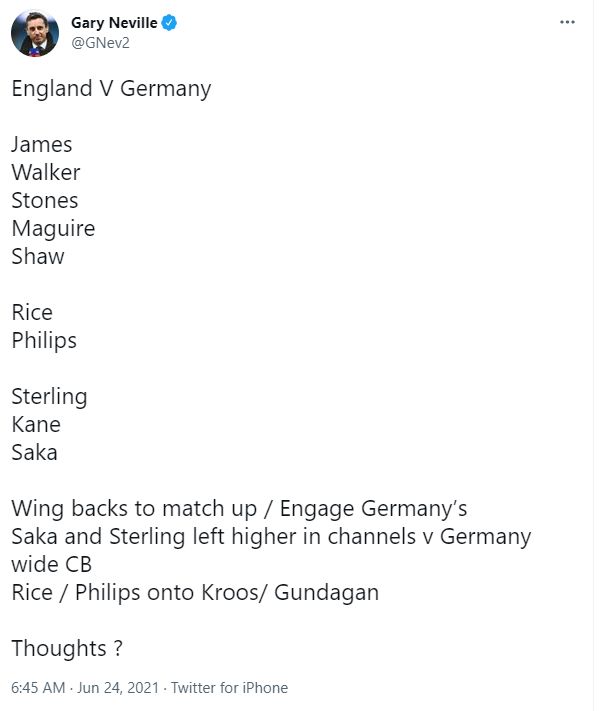 Neville seems convinced England need to line up with wing-backs against Germany, but this certainly looks like a team lacking craft and creativity in more central areas, which Grealish and Foden provide.

The duo have been in superb form at club level, and it’s pretty baffling that Neville can’t find room for either of them in such a big game.