Manchester United may reportedly be making progress on the Jadon Sancho transfer at long last.

It seems like an eternity that the Red Devils have been chasing the Borussia Dortmund winger, who has shown himself to be one of the most exciting young players in world football during his time in the Bundesliga.

Man Utd would certainly do well to bring in a new attacking player this summer, with Sancho looking ideal to provide Ole Gunnar Solskjaer with an upgrade on inconsistent performers like Anthony Martial, Daniel James and Jesse Lingard.

Fabrizio Romano has suggested that the feeling is that the deal is now closer for Sancho, as per his tweet below… 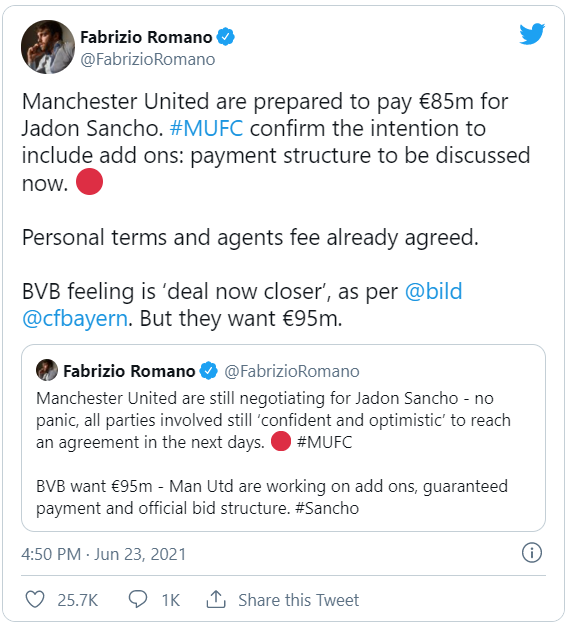 If so, Man Utd fans can perhaps start to get excited and think about how the England international could fit in to their line up next season.

Solskjaer will have a few positions he can utilise Sancho in, and we worked out three possible line ups for the club to use below… 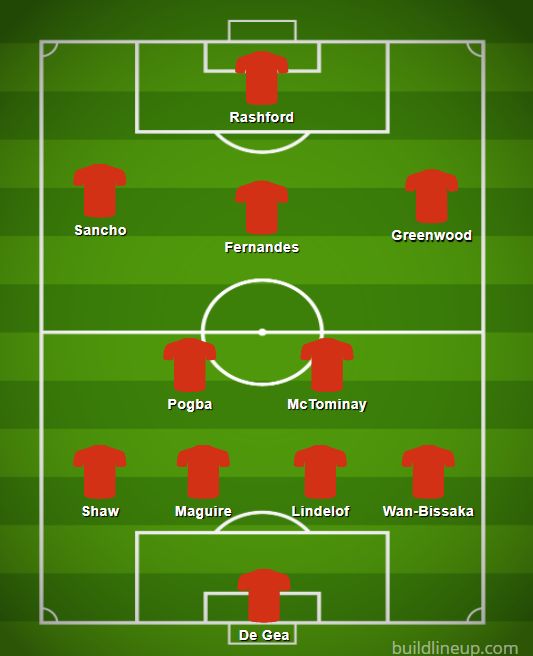 Sancho is comfortable on either flank, but perhaps the most obvious place to put him would be on the left of United’s attacking midfield.

Anthony Martial was very disappointing last season and is most likely to be the player who misses out on a starting spot if Sancho makes the move to Manchester.

Slightly different versions of this line up could also see Marcus Rashford on the right and Mason Greenwood or Edinson Cavani as the centre-forward. 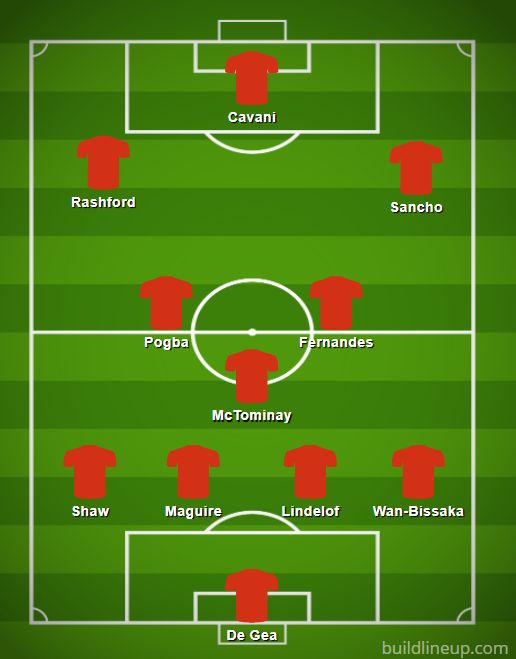 In more of a 4-3-3 formation, we could also see Sancho starting out wide on the right, with Rashford perhaps taking over from Martial on the left, and then one of Greenwood or Cavani leading the line.

Sancho on the right would probably mean playing as more of a natural winger, so having Cavani to aim at in the middle might be the best combination in this kind of formation.

Sancho at the top of a diamond 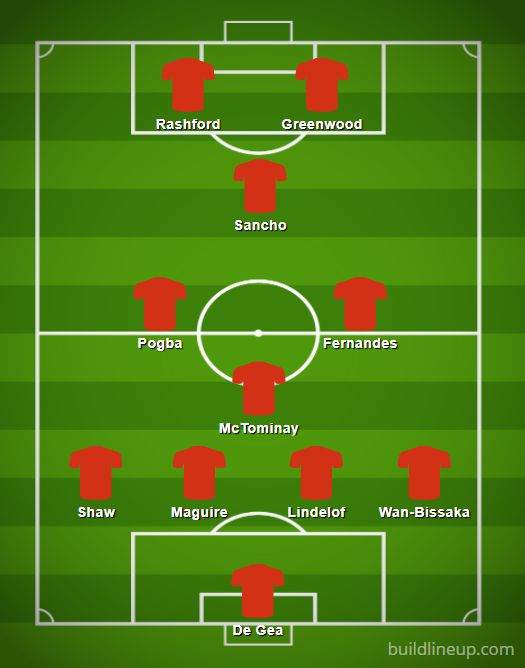 Finally, Sancho has also played some games more centrally, and it’s a role that’s also served a similar player in Raheem Sterling well at times for both Manchester City and England.

This diamond formation could be fairly fluid and give Sancho the freedom to play behind two strikers, or still drift out wide occasionally if need be.

It might also allow both Rashford and Greenwood to play closer to the penalty area, which is probably better for them than being shifted wider.