We’ve seen over the years that the Spanish press haven’t taken kindly to Gareth Bale since his move to Real Madrid, while Marca have regularly gone after him with some negative headlines.

He’s never been popular for his love of golf, while the infamous Wales flag declaring the order of his love meant he was never coming back from that: 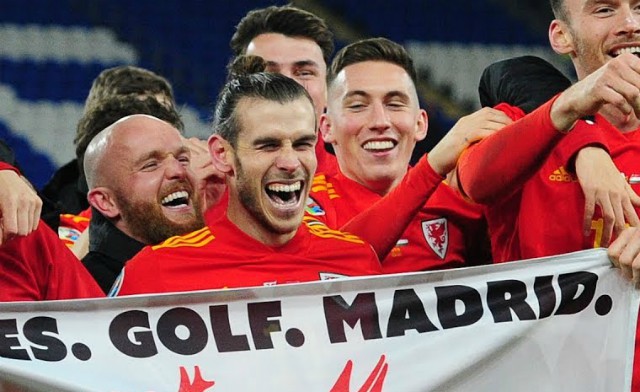 Bale was helpless today as his Wales team crashed out of Euro 2020 with an emphatic defeat against Denmark, and Marca clearly had this headline ready to go for a while.

They addressed the result with a header that reads “Home. Golf. Madrid. In that Order”, and it’s an absolutely brutal way to go after the Real Madrid man.

It’s still not clear what his plans are for next season as he’s still contracted to Real and there’s no sign of a permanent exit being lined up, but you can see why he’s desperate to get away from this kind of stuff.