Liverpool fans may well be starting to get excited after the recent Kylian Mbappe transfer update regarding a potential move to Anfield.

The France international has shown himself to be one of the best players in the world in the last few years, and at the age of 22 there is surely still even more to come from him.

MORE: Former Liverpool star ‘dreaming’ of transfer back to Anfield

Liverpool could do with changing things around a bit up front, and Mbappe has been strongly linked as an ambitious target for the Reds in a recent report from Marca.

Their report claims that Liverpool have contacted Paris Saint-Germain to enquire about Mbappe, who is in the final year of his contract at the Parc des Princes.

Video: Klopp’s amusement at Solskjaer’s suggestion that the Liverpool boss influences referees on penalty decisions
Video: Steve Bruce accused of banning journalists for telling the truth whilst Newcastle boss
Newcastle could be flexing their financial muscles as early as next January

It remains to be seen if LFC can realistically get the Mbappe transfer done, but why shouldn’t the 22-year-old take up the option of linking up with Jurgen Klopp’s side following the great success they’ve enjoyed in recent years?

If he does join, here’s our look at three ways Klopp could line up to make the most of this statement signing… 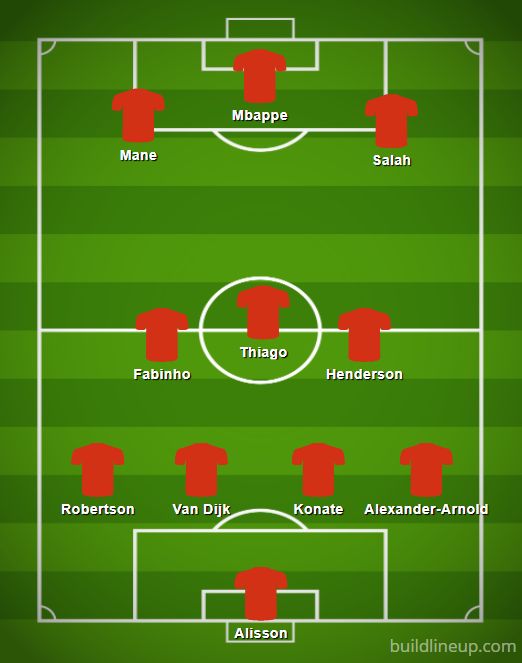 This surely makes the most sense for Liverpool? The goals have dried up for Firmino and Mbappe could be ideal to link up with both Mohamed Salah and Sadio Mane in this fluid front three.

The defence and midfield also look strong here, with the signing of Ibrahima Konate giving Virgil van Dijk a better partner at the back, while Georginio Wijnaldum’s departure surely means more of a key role for Thiago Alcantara.

Of course, don’t be surprised to see Diogo Jota in contention as well, most likely competing with Mane for his place in the starting line up.

2) Replacing Mane on the left 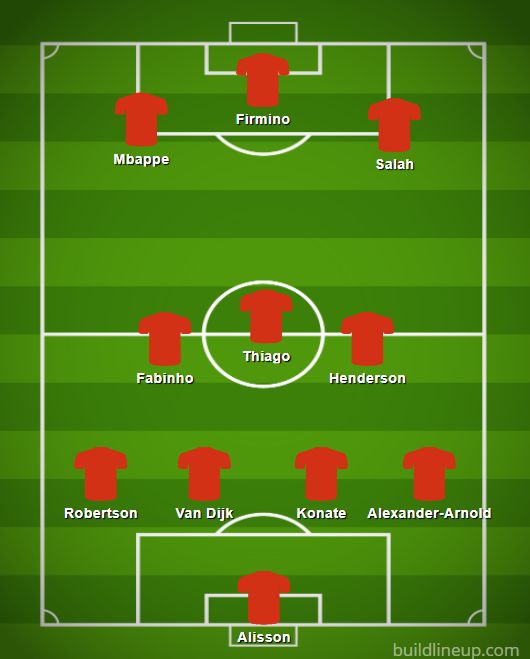 Mbappe could also come in for Mane, whose recent form hasn’t been the best either. The Frenchman has mostly played as a left-sided forward throughout his career, even if he’s also very capable through the middle.

In truth, it would surely be a mix of these first two formations, with Firmino and Mane likely to still have a role to play at Anfield, albeit without being the guaranteed starters they were before. 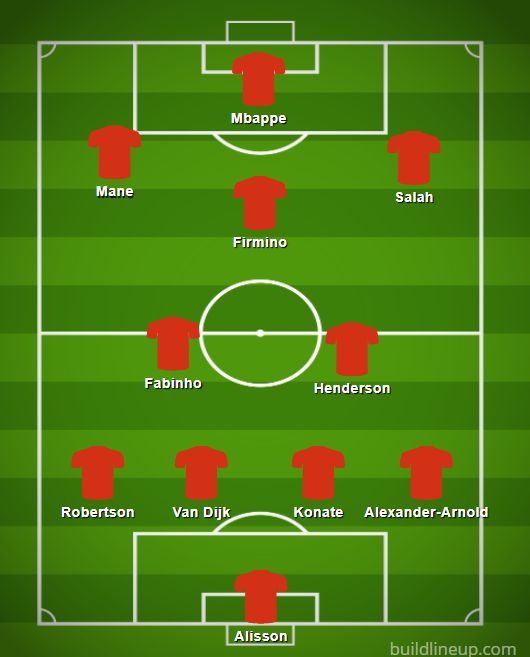 Finally, could Klopp go a bit gung-ho and move to something a bit closer to a front four?

There’s no room for Thiago in this XI, but Firmino could do well in a slightly new position just behind the front three.

This doesn’t leave Liverpool with much of a midfield, especially when their full-backs are so attack-minded, but this could suit Firmino well as he’d be given more license to roam and focus on creating goals, with less pressure to score quite so many of them.