Arsenal could reportedly be set to make a number of big changes to their squad in this summer’s transfer window.

The Gunners surely need a major revamp after such a disappointing 2020/21 campaign, with Mikel Arteta failing to deliver any silverware and also seeing the team miss out on European football of any kind.

Arteta will be under pressure to deliver now, and it looks like he’ll get plenty of money to help him, with 90min claiming the Spanish tactician could have a budget of as much as £250million.

That report also links the north London giants with a possible interest in Sporting Lisbon attacking midfielder Pedro Goncalves, who could make sense as an ideal Mesut Ozil replacement, but with even more to offer in the way of goals from midfield.

The Portugal international is a similar style of player to Manchester United’s Bruno Fernandes, so could be ideal in a free-ish number 10 role as we used him in below… 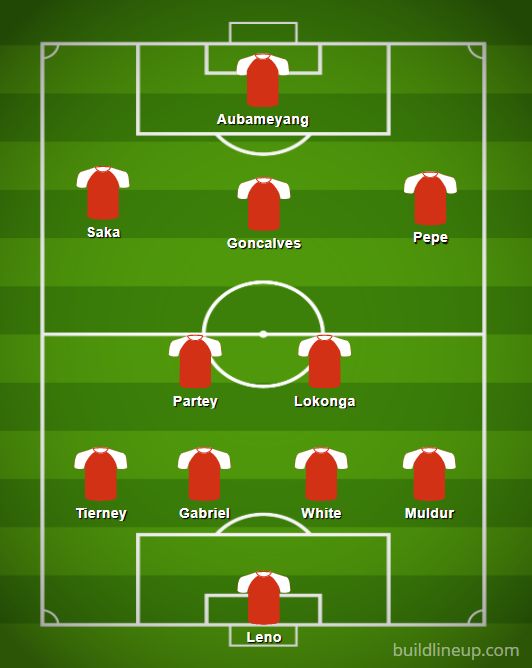 In defensive midfield, it looks highly likely that Belgian starlet Albert Sambi Lokonga will be heading to Arsenal imminently, as per The Athletic and others.

The 21-year-old could be ideal to partner Thomas Partey in the middle of the park, giving Arsenal a much-needed upgrade on the likes of Granit Xhaka, Matteo Guendouzi and Lucas Torreira, whose futures all look in serious doubt.

Finally, we will also likely see two additions in defence for AFC, with Brighton centre-back Ben White also mentioned by The Athletic and looking a dream long-term partner for Gabriel Magalhaes.

At right-back, The Athletic also report of interest in talented Turkish defender Mert Muldur, who could be a necessary upgrade on the slightly off-form Hector Bellerin.

It’s not clear if all these players would cost precisely £250m, but Arteta could also use that budget on squad players, with young Benfica left-back Nuno Tavares strongly linked with an imminent move to the club by Jornal de Noticias, and backup goalkeeper Aaron Ramsdale also mentioned as a target by the The Star.

All in all, this looks like a vastly-improved Arsenal team that could surely push the club back into contention for the top four next season.