An unexpected early exit from any high-profile football competition is always going to have repercussions, and when you’re effectively the man to blame, things aren’t going to be any easier to deal with.

Spare a thought then for Dutch colossus and Juventus centre-back, Matthijs de Ligt.

Part of the Netherlands side that lost to the Czech Republic 2-0, de Ligt has acknowledged that his red card was the reason why his side were sent tumbling out of the competition.

“Of course, it feels bad. We basically lost the match because of what I did,” he said to NOS TV, cited by the Daily Mirror.

“In hindsight, I shouldn’t have let the ball bounce. I thought that we had the game under control. We had a few chances, particularly in the first half. 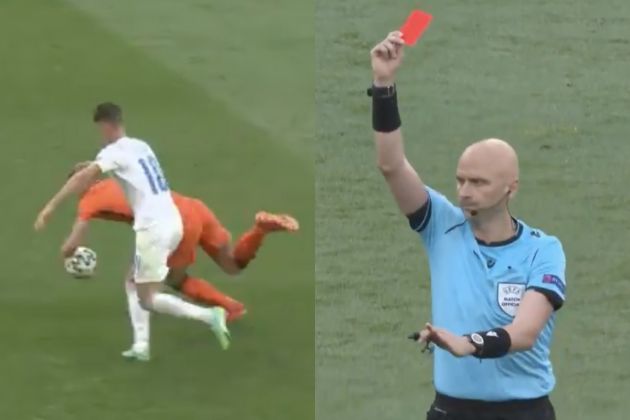 “I didn’t have the feeling that they created lots of chances either but the red card obviously made the difference.”

Although the loss of de Ligt undoubtedly swung the balance of the tie in favour of the Czech Republic, there are enough star players in the Netherlands XI to be able to account for his dismissal.

Georginio Wijnaldum, Frenkie de Jong and Memphis Depay are just three top quality players out of a squad of many.

In any event, de Ligt has learned his lesson the hard way.