Jack Grealish will sign for Manchester City after Euro 2020, CaughtOffside understands. We’ve had a look at how City could shape up in attack after the England star signs the contract.

CaughtOffside exclusively revealed on Sunday that Aston Villa and Man City have an £88m agreement in place behind the scenes. After Euro 2020 is done, Grealish will be on his way to the Etihad.

The Villa skipper will sign a five-year contract with City, where he will take Pep Guardiola’s already star-studded attack to ANOTHER level. The possibilities are frightening.

With Grealish City-bound, we’ve had a look at how Guardiola’s men could lineup next season. 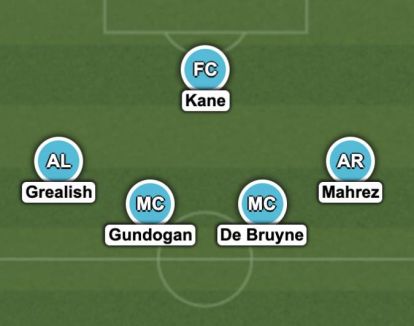 For the purposes of this exercise, we’re going to pretend that Man City splashed £100m+ to get Harry Kane through the door.

The Kane deal in particular will be incredibly difficult to pull off, but with Sergio Aguero having departed, it’s safe to assume City will get a new striker through the door. The champions have a well-established interest in the Spurs talisman – though, it is unclear whether Daniel Levy will agree to any sale. 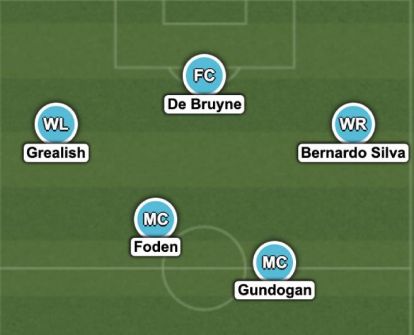 As we’ve learnt over the years, sometimes the best striker from Pep Guardiola’s perspective is no striker at all.

City played without a striker during what was arguably their performance of the season at Stamford Bridge.

In this instance, assuming Pep wouldn’t deem Grealish to be the False #9 of his dreams, which isn’t beyond the realms of possibility, he’d once again be out on the left, if a little more narrow to play off of De Bruyne. 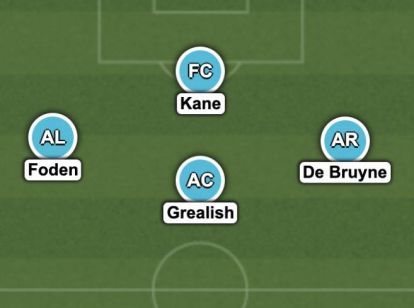 That front four is just silly, isn’t it?

Three Englishmen, all of whom have been among the best attacking players in the country over the past year or so, plus Kevin De Bruyne for good measure.

Pep could feasibly build his team around Grealish, with him being a player who ALWAYS wants to be on the ball and making things happen.

It’s a frightening thought, with the only hope for the rest of the Premier League being that City’s expenditure on Grealish will leave them with less funds to use on Kane.