See below as the Bundesliga giants put out a financial statement regarding the details of Sancho’s fees for a move to Old Trafford, which is still subject to some formalities.

This move has looked like a done deal for some time now, and Dortmund’s rather quiet statement surely suggests a bigger announcement is now close… 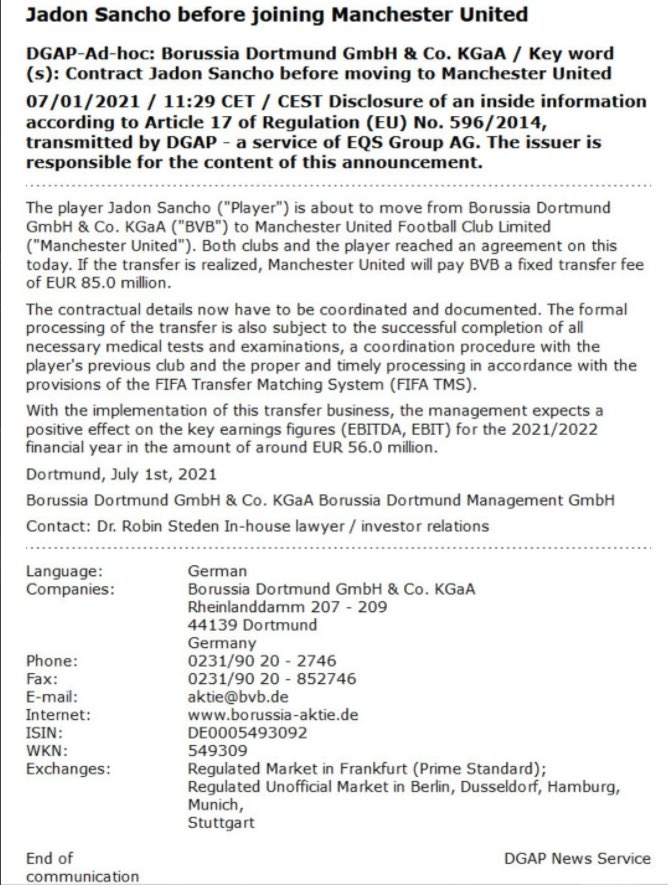 Man Utd fans will be thrilled with this signing, with the England international looking a bargain after BVB lowered their asking price from last summer.

Ole Gunnar Solskjaer urgently needed new attacking players, and Sancho is one of the most promising young players in the world in that area of the pitch.