Manchester United are said to be interested in pursuing a move for Everton frontman Dominic Calvert-Lewin.

According to The Sun, the Reds have identified the Everton centre-forward as an ‘ideal candidate’ as they look to strengthen their front line even further after agreeing a deal ‘in principle’ for Borussia Dortmund star Jadon Sancho.

The report follows a Stretty News exclusive around two months that claimed United were eyeing a move for Calvert-Lewin, and it means Ole Gunnar Solskjaer may be following the advice of a former teammate.

As cited by the Sun, former United defender turned pundit Ferdinand explained why Calvert-Lewin would be a good signing ahead of next season.

“Listen Dominic Calvert-Lewin for me I love him,” said the former centre-back.

“I’ve watched a lot of Everton this year and he’s one that unnerves defenders. He’s not one you want to play against week in, week out. He’s aggressive, he attacks the ball.

“I think he’d be a fantastic signing for Manchester United. It’s one out of left field a little bit but I think he’d have a big impact.

“He’d get on the end of the things created by Fernandes, [Paul] Pogba, Rashford, Greenwood.” 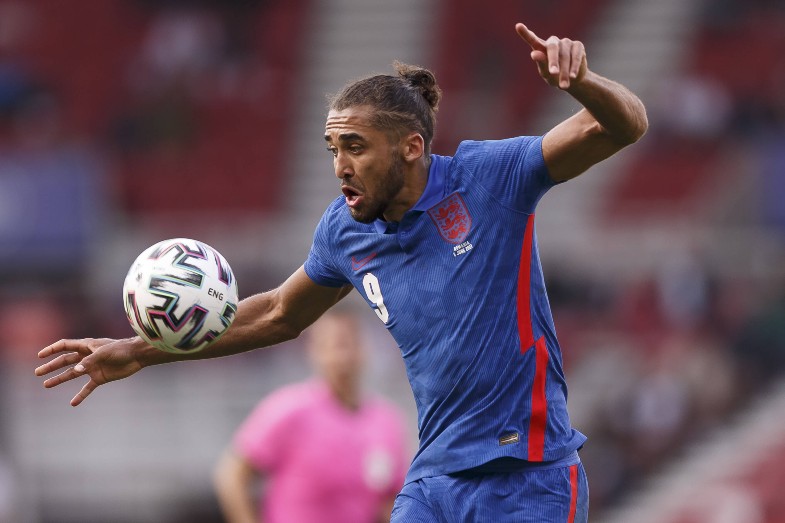 Calvert-Lewin scored 21 times in 39 appearances for Everton last season across all competitions, and according to Transfermarkt, he is aworth as much as £38.7million.

As things stand, the 24-year-old has another four years remaining on his contract at Goodison Park having penned a new deal last year.