Martin Odegaard has confirmed he’s left Arsenal after spending the second half of last season on loan at the Emirates Stadium.

The Norway international joined the Gunners on a short-term deal from Real Madrid, but it seems he’s now preparing to return to his parent club next season.

Odegaard’s future hasn’t looked entirely clear for the last few weeks, but he’s now surely very confident that his time in north London has come to an end.

See below for his message to Arsenal fans, as well as a special tribute to manager Mikel Arteta, who he claims has helped him learn a lot… 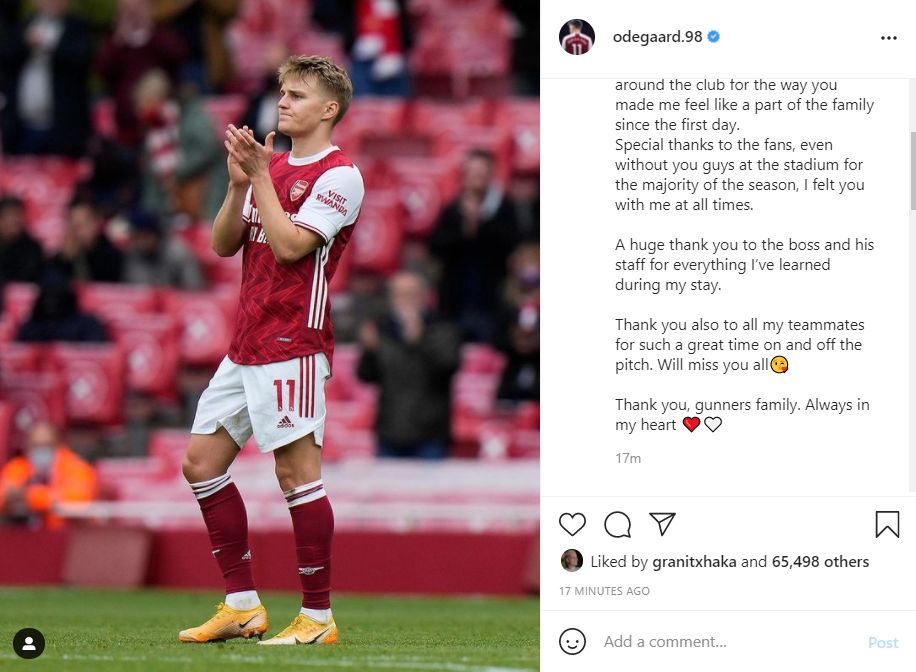 Odegaard played well during his time at Arsenal, but perhaps not quite well enough to persuade the club to go all out to keep him.

It will be interesting to see if the 22-year-old can now get into the Real Madrid first-team, or if a transfer elsewhere is more likely this summer.

Arsenal surely need a creative midfield signing now to replace Odegaard, who himself filled the role left by Mesut Ozil when he left AFC in January.