Manchester United are open to allowing Donny van der Beek to leave the club just one year after signing him on a £40million transfer.

The Reds spent big to land the talented midfielder from Ajax last summer, but they offered the Dutchman little opportunity to shine with Ole Gunnar Solskjaer limiting him to just 19 Premier League appearances.

And ahead of next season, it appears van de Beek might even be allowed to leave with interest from Real Madrid, according to the Mirror.

Real Madrid have financial issues at present, limiting their ability to spend big in the market, and that could see them sign van de Bek on loan this summer.

Reports claim Los Blancos, who were in for the Dutchman before United signed him, could sign the 24-year-old on a season-long loan deal with the prospect of making the deal permanent next summer.

And according to the Mirror, United are indeed open to that possibility, as long as Real Madrid are willing to cover all of the midfielder’s wages. 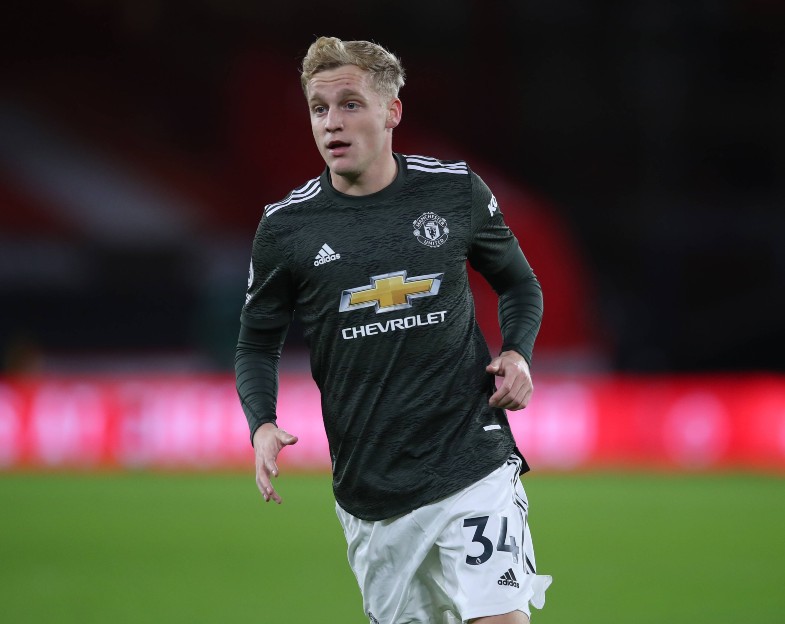 It’s also reported that Ajax are keen to sign van de Beek back, but the United hierarchy would prefer for him to go to the Spanish capital, much due to the fact they are attempting to sign Real Madrid center-back Raphael Varane this summer.

The report claims United see van de Beek as a possible makeweight in the Varane deal, which at present, is progressing slowly.