Barcelona starlet Riqui Puig has spoken about his desire to play under Pep Guardiola.

The 21-year-old is already a regular at Camp Nou and set for a bright future having come through the club’s famed La Masia academy.

But while he is focused on establishing himself as an undroppable at Barcelona over the coming years, Puig has spoken of a possible desire to play for Manchester City at some point.

Though, that is much because of former Barca boss Guardiola who shares the same footballing ideology as the young midfielder.

“Because of the style of play and because they have a coach who understands football like I do, Manchester City,” Puig told Mundo Deportivo when asked about which other team he would play for. “But at the moment I’m very well in Barcelona and at Barca, and I have no plans to leave.” 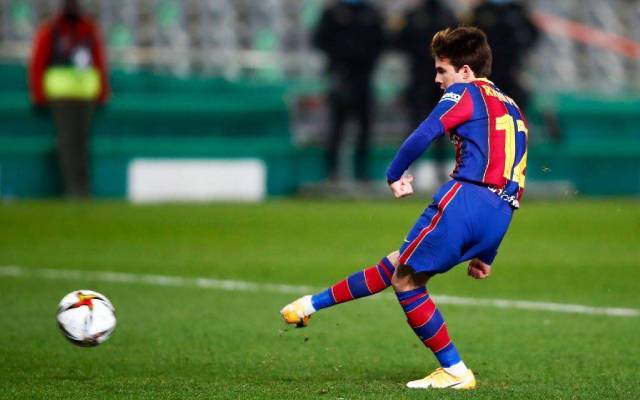 Fortunately for Barca fans, Puig is going nowhere, though he could do with a new contract relatively soon with his current deal set to expire in two years.

Given Barcelona’s financial issues, young players could find themselves with a bigger opportunity at Camp Nou over the coming years, Puig – along with Pedri – is a player who could well become a big part of the club’s future.