David De Gea is determined to fight for his Manchester United future despite reports he could be sold.

That’s according to the latest reports, which claim De Gea remains keen to stay at Old Trafford and to prove himself once more after coming under criticism at times last season.

The Spaniard received heavy criticism after the Europa League final, in particular, when he failed to stop any of Villarreal’s 11 penalties, and there has been tall that Dean Henderson could be the number one with De Gea shown the door amid the signing of Tom Heaton and a new contract for third-choice Lee Grant.

But according to ESPN, De Gea wants to return to Old Trafford this summer and prove himself in order to stick around ahead of next season.

He is currently away with the Spain squad at Euro 2020, currently at the semi-final stage, and will return late to pre-season with time off to come after his international commitments are over. 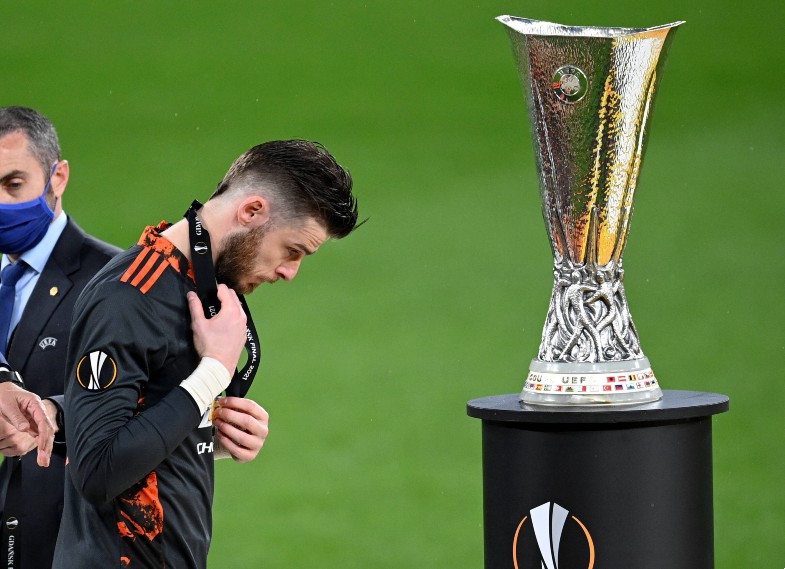 But after that, it seems he will knuckle down and fight for his future, and that might be a good job with the report also claiming United haven’t received any interest for De Gea to date.

As things stand, the 30-year-old has two years remaining on his contract with the option of a further year.