There was plenty of shock among Celtic fans when Leigh Griffiths signed a new contract earlier in the week, mainly because he hasn’t been fit or in form for a couple of seasons and it looked like the perfect chance to let him go.

A return to Hibs or following Scott Brown to Aberdeen would’ve made sense, but he’ll get another chance to prove himself at Celtic Park.

There may be some added regret to this from Celtic’s point of view, as accusations have appeared on Twitter that he’s been messaging a teenage girl and there appears to be a push from the player for her to send some photos:

That’ll be his Celtic career….. probably continuing while they investigate internally for 10 years pic.twitter.com/CejKGorQxg

This message from the girl has also emerged, and her allegations would not really appear to help matters for Griffiths: 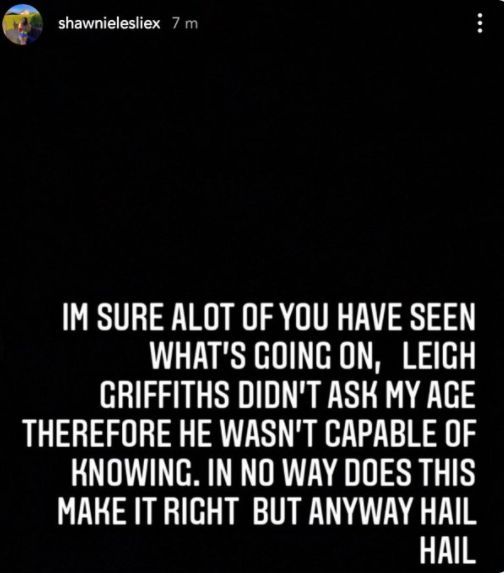 It’s now been confirmed by Sky Sports that Police Scotland are investigating these messages but there are also suggestions that she’s under the age of 16 so it’s obviously a massive problem, while Celtic say they are urgently looking into the matter.