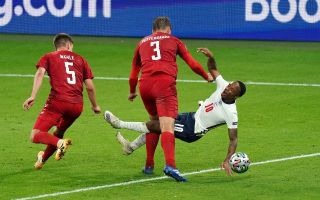 A fan has genuinely started a petition to try and get the game between England and Denmark replayed due to a controversial moment that helped Gareth Southgate’s side through.

England won 2-1 in extra time thanks to Harry Kane putting away the rebound from a penalty after Raheem Sterling had been brought down, with the result meaning the Three Lions are in their first final of a major international tournament since the 1966 World Cup final.

MORE: Video – pass of the tournament from England star vs Denmark

According to the Daily Mail, one fan has called for the match to be replayed due to the decision that led to the penalty call for England in extra time.

It didn’t initially look that obvious if Sterling had been fouled or if he’d dived to win the penalty, though a VAR check still gave England the penalty, and on closer inspection it looks like it might just about have been the right call.

Either way, you’re hardly going to be likely to get a game replayed over something like that, especially with the final of the tournament now just days away.

England will take on Italy at Wembley on Sunday, with Roberto Mancini’s side beating Spain in the other semi-final this week.