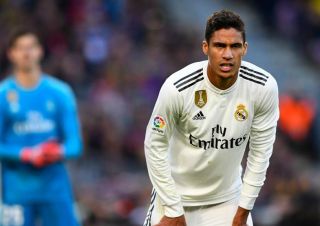 With only a few weeks left until the start of the Premier League season, Manchester United are still working on securing some improvements to their squad.

Real Madrid’s Raphael Varane has long been a target of the Red Devils, and it was believed that the French World Cup winner was open to a move to the English top-flight.

As Don Balon note, Varane had told club president, Florentino Perez, unequivocally that he wanted to leave this summer.

However, nothing concrete has materialised elsewhere, and that appears to have forced a rethink from the player’s point of view.

Don Balon suggest that the centre-back is now willing to listen to what the club have to say in terms of extending his contract at the Santiago Bernabeu.

Moreover, it would seem to be more likely that Varane stays with Real Madrid now rather than moving to Manchester.

Could it be a second successive summer where United’s prevarication hinders their pursuit of their top targets?