Odds have been SLASHED for England captain Harry Kane to win the Ballon D’Or, ahead of the Euro 2020 final.

Kane finished the group stage without a single goal to his name, having fired blanks against Croatia, Scotland and Czech Republic.

However, having notched four in his last three, Kane has the opportunity to win the Golden Boot this evening, albeit a brace is needed, with his minutes per goal considerably higher than Cristiano Ronaldo’s and Patrick Schick’s.

Even if Kane misses out on the accolade, he could have a more coveted one handed to him in January of 2022, with odds being slashed on the Three Lions skipper to win the Ballon D’Or.

Prior to England reaching the final of Euro 2020, Kane was behind all of the aforementioned, but his late-tournament flurry has made him one of the frontrunners to win the award. 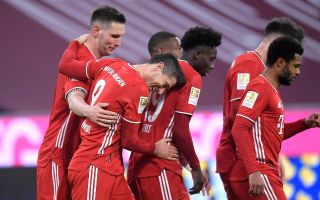