Luke Shaw has just made a piece of European Championship history by scoring the earliest ever goal in a Euros final.

The Manchester United left-back has just made it 1-0 to England against Italy in the Euro 2020 final this evening, finding the back of the net after just two minutes.

MORE: England change of formation vs Italy is the right call

As described by commentator Sam Matterface on commentary duty for ITV, it’s the quickest goal ever in a European Championship final, not that that will be the main thing on any England fan’s mind right now!

Shaw’s goal has given Gareth Southgate’s side a dream start at Wembley this evening as they bid to win their first major international trophy since the 1966 World Cup. 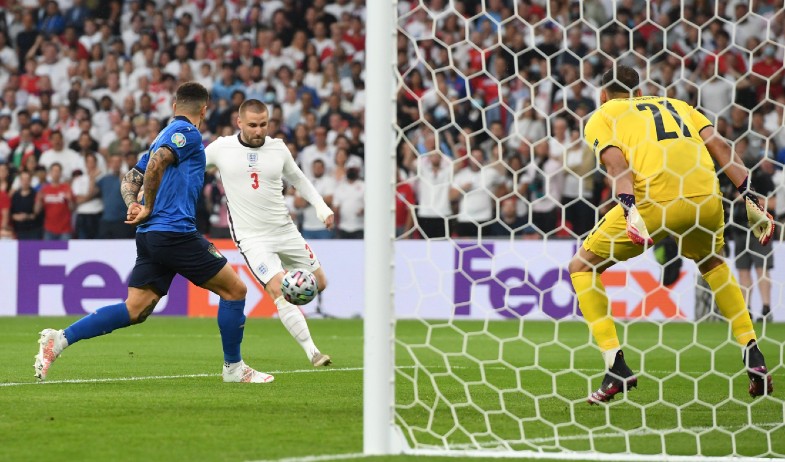 Italy perhaps looked the slight favourites ahead of this game, but England crafted a superbly-worked goal by Shaw to give them the early advantage.

It will be interesting to see how the Three Lions respond to this early goal, as it may be that they’re tempted to sit back a little more.

That would be unwise this early on, but it will be a big challenge to stop the nerves getting to these players when they’re so close to making history.