The official Euro 2020 team of the tournament is out, and it’s got a bit of a Manchester United flavour to it.

See below as England duo Luke Shaw and Harry Maguire get in after guiding their country to the final, while France star Paul Pogba is also in there representing the Red Devils.

It wasn’t the most memorable tournament for France, though Pogba certainly put in some exciting displays in midfield and looks worth of his place in this XI.

A surprise inclusion is Arsenal’s Granit Xhaka, though he had some strong games for Switzerland, while Juventus players also dominate as Cristiano Ronaldo is in alongside club colleagues Giorgio Chiellini and Federico Chiesa, who won the tournament with Italy.

Raheem Sterling and Gianluigi Donnarumma were also star players this year, and Denmark deserve to have players in after reaching the semi-finals just weeks after Christian Eriksen collapsed in their opening game, with Kasper Dolberg and Joakim Maehle in the side.

See the team of the tournament in full below and let us know what you think of it in the comments! 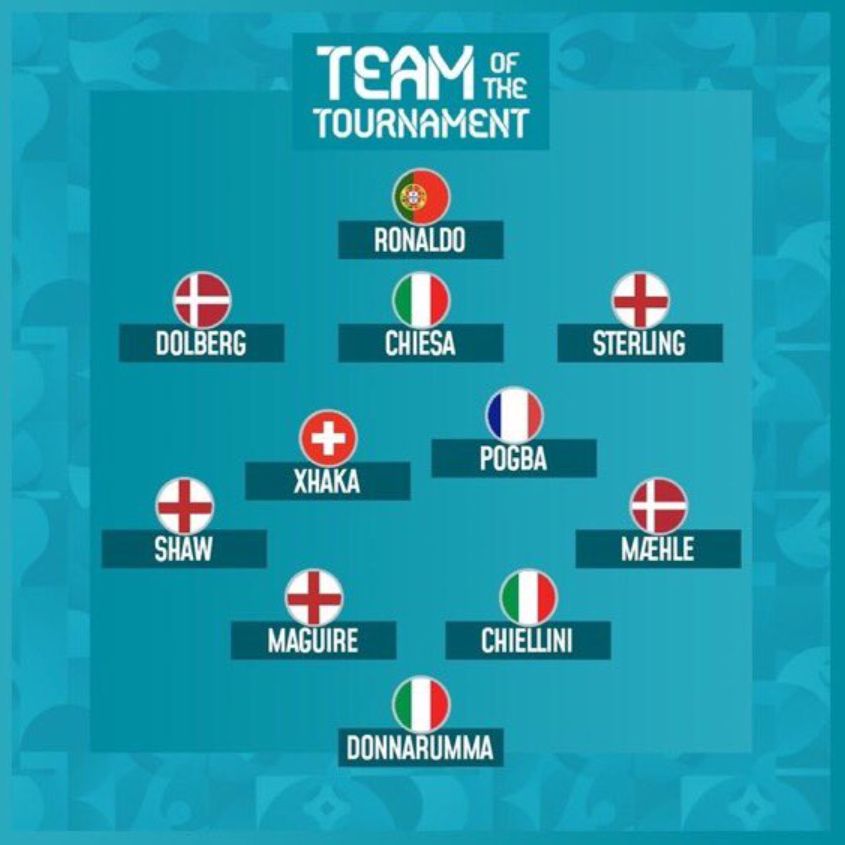