Leeds United midfielder Kalvin Phillips has really made a name for himself at Euro 2020 this summer, with Stan Collymore saying he’s his England player of the tournament.

This is huge praise, with Phillips far from the biggest name in the England squad prior to this summer’s competition, though he ended up playing a huge role in the Three Lions reaching the final. 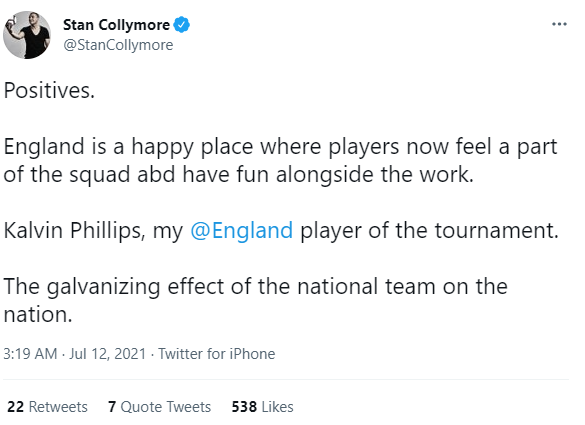 This is a real morale-boost for Phillips, and indeed for everyone involved at Leeds after witnessing his remarkable development in recent times.

The 25-year-old formed a superb partnership with Declan Rice this summer and it was nearly enough to give England the trophy.