The Raphael Varane Manchester United transfer saga may finally be close to coming to an end as journalist Edu Cornago says an agreement on the deal is “very close”.

The Red Devils have long been linked with Varane after his fine form at Real Madrid, where he’s now in the final year of his contract.

The France international could be the ideal partner for Harry Maguire at Man Utd, with Victor Lindelof and Eric Bailly not looking like reliable enough long-term options… 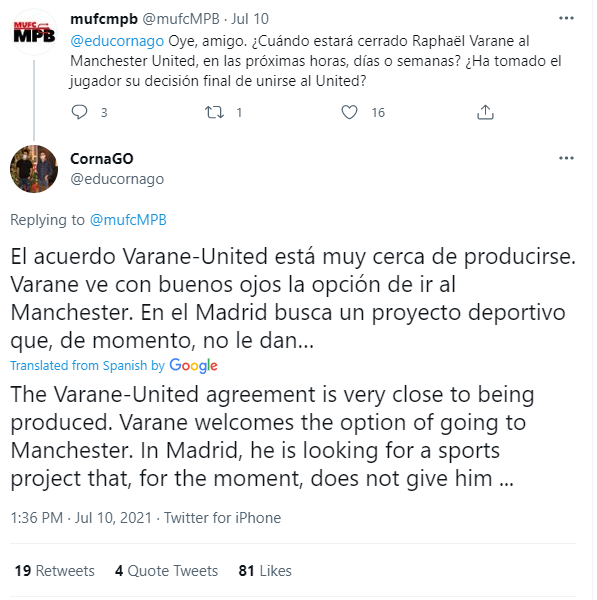 United have already signed Jadon Sancho this summer, and Varane would be another superb purchase if he does end up joining.

The likes of Chelsea, Manchester City and Paris Saint-Germain have also been linked with the 28-year-old, who could move on the cheap due to his contract situation.