The dream is over. England were beaten on penalties by Italy in the Euro 2020 final.

There will be plenty of time to mull over this and much to learn for England’s players and management, but for now, here’s our snap reaction with four things we took from this summer’s tournament…

This young team is far from done yet. While it’s gutting to see Marcus Rashford, Jadon Sancho and Bukayo Saka miss those penalties, these are players who have a big future ahead of them with the national team, aged just 23, 21, and 19, respectively.

Elsewhere in the team, Mason Mount, Declan Rice, Jack Grealish, Jude Bellingham, Reece James and others also have their best years ahead of them, and will learn and grow from this experience.

Semi-finalists in the World Cup in 2018…finalists of Euro 2020…next time this team can go one step further.

These words from the start of Baddiel and Skinner’s classic anthem still ring true. While there’s plenty to admire about this England side, there have been too many moments in Euro 2020 when bad old habits came back.

In Jack Grealish, we had one of the finest attacking midfielders at the whole tournament, but he barely played, and even in the final didn’t make it on until the 99th minute.

Phil Foden was injured for the final, but is another top attacking talent we didn’t really see enough of this summer. Aside from the 4-0 win over Ukraine, England’s tactics were still pretty conservative, and there were moments against Italy when it was obvious that more quality on the ball was needed.

One can understand Southgate trying to keep to a system that worked well throughout the competition, but that lack of a Plan B, and that lack of confidence in trying to get on the ball more and dictate the game is still a real weakness that needs addressing.

Why was a teenager stepping up to take such a crucial penalty? Credit to Saka for having the guts to do it, but one has to wonder why players like Grealish, Raheem Sterling or Luke Shaw weren’t in line at such a tense stage in the shoot-out.

Everyone has to get behind Saka now, as well as Rashford and Sancho after their misses, but this seems like poor management that could really dent Saka’s confidence when it comes to playing for the national team in the future.

That’s a very unfair situation to put someone who is essentially still a kid in, though it was encouraging to see how quickly everyone else gathered around him to comfort him afterwards.

To end on a positive, credit must go to goalkeeper Jordan Pickford, who so nearly made himself a hero in the Euro 2020 final.

As well as a superb save from Federico Chiesa during the game, Pickford saved a penalty from spot-kick expert Jorginho of all people, which briefly gave England hope again.

After a slightly unconvincing run of form for Everton, it’s fair to say Pickford really stepped up when it came to performing for his country this summer. There were certainly some doubts about him as no.1 before this summer, but surely no longer. 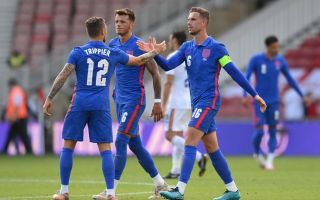