England international Tyrone Mings has hit out at Priti Patel on Twitter in a response to the Home Secretary’s post after Bukayo Saka, Jadon Sancho and Marcus Rashford were racially abused.

Saka, Sancho and Rashford were all subjected to vile remarks on social media after missing penalties as England were defeated in a shootout in the Euros final against Italy.

Not long after Three Lions captain Harry Kane supported the trio and insisted that abusers are not seen as fans by the team, Mings has now stepped up, this time he’s taken direct aim at Priti Patel.

Mings, who has always been outspoken on the subject of racism, is not willing to allow Patel to sit back and take the high ground at this moment in time, especially considering the home secretary’s past talk.

The Aston Villa centre-back has publicly slammed Patel for labelling the team’s anti-racism gesture of taking the knee as ‘Gesture Politics’, only to now come out and ‘pretend to be disgusted’ by the abuse.

See More: ‘A fantastic group’ – What Gareth Southgate told the England players in the huddle after Euro 2020 final heartbreak

You don’t get to stoke the fire at the beginning of the tournament by labelling our anti-racism message as ‘Gesture Politics’ & then pretend to be disgusted when the very thing we’re campaigning against, happens. https://t.co/fdTKHsxTB2 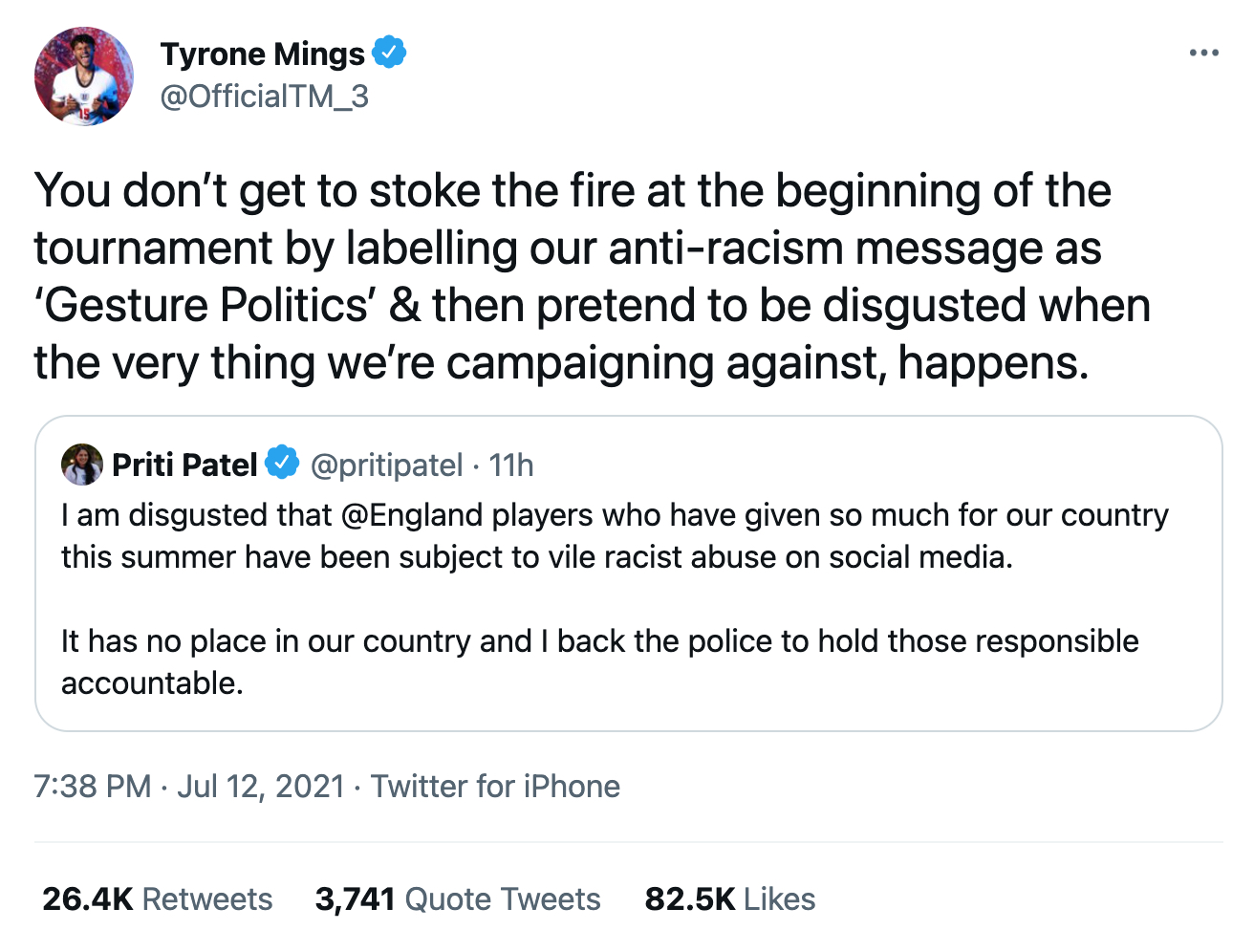 Hats off to Mings for not allowing a politician to pick and choose when they support certain causes, we can only hope that the rest of the England squad follow the defender’s lead from now on.