Though England may have failed at the last hurdle at Euro 2020, calls for Gareth Southgate to be knighted have been met with approval at the highest levels of government.

Prime Minister, Boris Johnson, is believed to be supportive of Southgate becoming a Sir, and there’s a strong likelihood of that scenario happening in the New Year honours list according to The Sun.

MORE: Arteta has reached out to Saka

The way in which the England manager has conducted himself throughout his tenure has been a breath of fresh air, and it seems that his players have followed his lead.

The current squad are arguably the most likeable and socially aware that the national team have had for some years.

Their run to the final of Euro 2020 will be remembered for generations, with the only shame being that the Three Lions weren’t able to take the final step and beat Italy in the European showpiece.

Public opinion would also appear to suggest that a knighthood for Southgate would be a hugely popular decision. 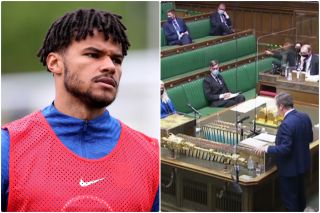