Fabrizio Romano has shared that Leicester City are in the process of arranging contract talks with star player Youri Tielemans.

The Belgium international has been heavily linked with a move to Liverpool this summer, with the Reds thought to be looking for a suitable replacement for PSG-bound former No.5 Georginio Wijnaldum.

“In the case of players like Tielemans, it is complicated because Leicester are offering him a new contract [in recent] weeks,” the Italian journalist told the Anfield Watch’s YouTube channel (via ThisIsFutbol).

“The player is now on holiday, he wants to wait and will decide about his future when he will be back. But signing Tielemans, not just for Liverpool – for any club this summer – means spending a lot of money.

“So we’ll see what he’ll decide about the new contract with Leicester, they’re offering him this new contract.

“The player has not given an answer yet because he prefers to wait, stay on holiday and then decide with his agent.”

It is thought that the asking price attached to the midfielder will likely put off the Merseysiders, however, particularly with the club thought to be reliant on player sales to conduct further transfers beyond Ibrahima Konate in the window.

With many of Europe’s heavyweights struggling to come to terms with the financial ramifications of COVID-19, it seems few would be genuinely capable of meeting Leicester’s demands.

Given his contract expires in the summer of 2023, there’s no immediate rush to extend Tielemans’ terms at the King Power stadium.

That being said, the East Midlands outfit’s hierarchy will no doubt be keenly aware that they could run the risk of losing the player on a free by that point – an eventuality that was very real for Liverpool following the exit of Wijnaldum. 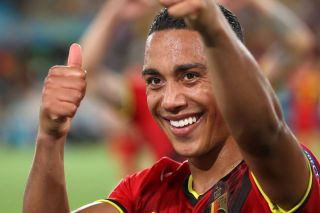