Mings called out Patel in a tweet following the disgraceful racist abuse aimed at the likes of Bukayo Saka, Marcus Rashford and Jadon Sancho after England’s penalty shoot-out defeat against Italy in the Euro 2020 final on Sunday evening.

Saka, Rashford and Sancho have been sent horrific messages following their failure to score in the shoot-out, and this has led to politicians criticising the behaviour of this vocal minority of England fans.

However, Mings pointed out that Patel is culpable after criticising England’s players for taking the knee before matches as a protest against racism. 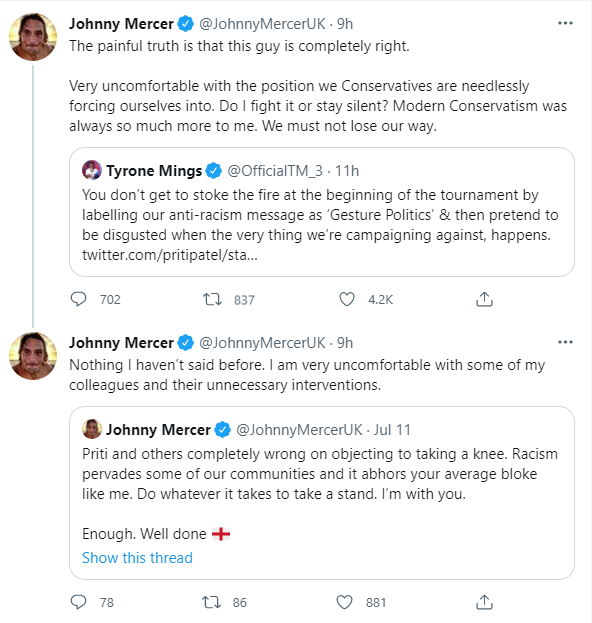 This quite astonishing fight between the England national team and the current government does not look like going away any time soon, and this is far from the first of such incidents.

Rashford has also been a vocal campaigner for free school meals, which has led to him going head-to-head with Prime Minister Boris Johnson over some of his policies.

"It starts at the very top."