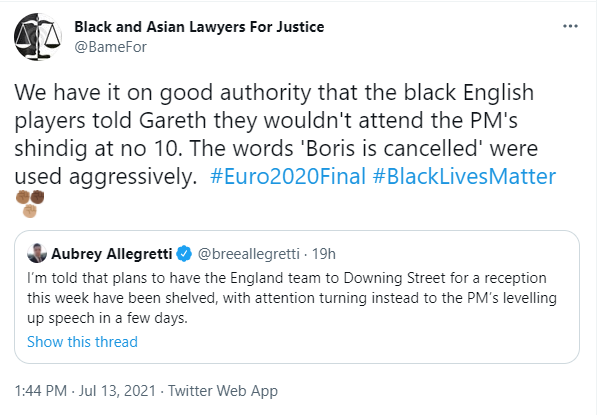 It was confirmed yesterday that the reception at Downing Street had been ‘shelved’ for the time being, and this came shortly after England defender Tyrone Mings directly hit out at Home Secretary Priti Patel.

Patel and Johnson have previously criticised England’s players for taking the knee before matches, and even encouraged fans to boo them for doing so.

It’s little wonder that it now seems these players are not at all keen to meet with these politicians after their lack of support that seems to have had some role in the abusive messages they’ve received on social media.