However, it now looks like Pogba is prepared to commit his future to United by signing a new deal on improved wages, as per the tweet below… 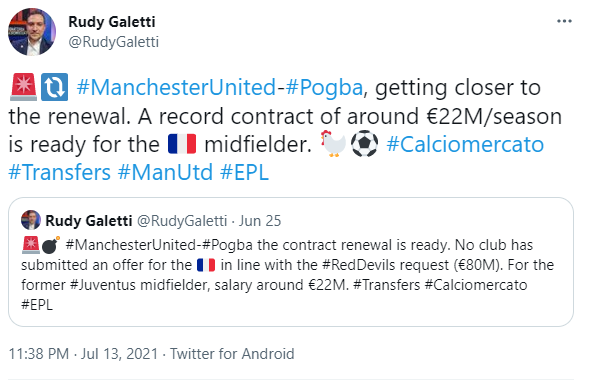 Man Utd fans may have mixed feelings about this due to Pogba’s inconsistent form for the Red Devils, but there’s no doubt that he’s a world class player on his day.

This development would also mean United have the option to cash in on the 28-year-old later if they want to, whereas they ran the risk of losing him on a free transfer in a year’s time if he hadn’t put pen to paper.

There’s no confirmation of this yet, but it sounds like significant progress has been made and it shouldn’t be too long now.