When Italy captain, Giorgio Chiellini, almost yanked England’s Bukayo Saka off of the Wembley Stadium pitch during last Sunday’s Euro 2020 final, he earned the full wrath of the massed ranks of Three Lions supporters, however, fans of the Azzurri would’ve been delighted by his competitiveness.

Saka would’ve been almost clear despite being near the halfway line, and however cynical the foul appeared, it was certainly necessary from an Italian point of view.

One fan has even had the moment immortalised by getting an epic tattoo done. 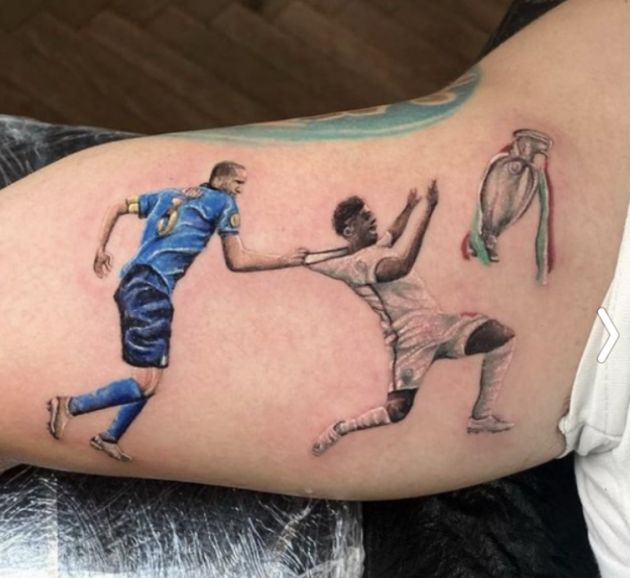