A mural dedicated to England stars Marcus Rashford, Jadon Sancho and Bukayo Saka has been defaced with racist graffiti. 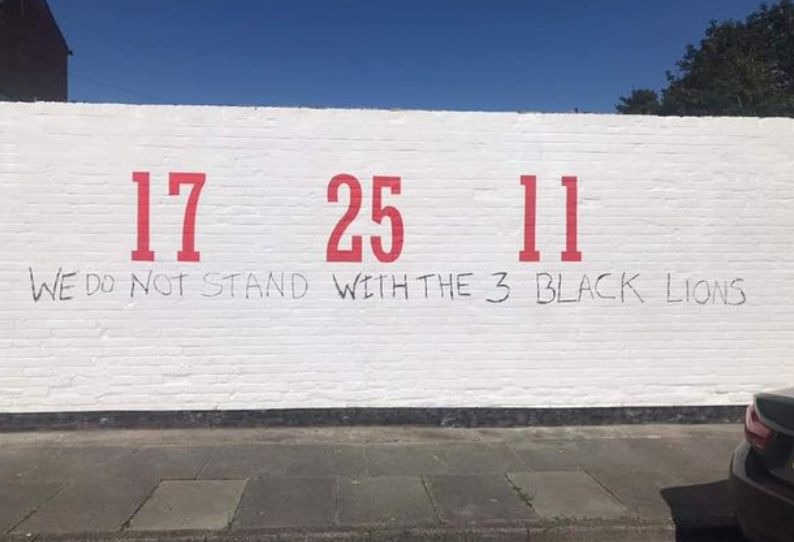 Images courtesy of the Daily Mirror

The first picture shows writing stating “we will not stand with the 3 black lions” while the following image contains anti-immigration hate speech.

It’s disturbing to see people airing views like this, and it follows depressingly predictable racist messages on social media aimed at the players after last week’s result at Wembley.

Our Foundation walls A testament to Courage & Endeavour we will never know the pressure of taking a penalty in front of the eyes of the world. To the ignorant, and the haters: Love will
Always conquer hate.??????????? @MarcusRashford @Sanchooo10 @BukayoSaka87 @FA @UEFA @_andywalker_ pic.twitter.com/blEyt1F12j

Rangers showed their support to Saka before playing Arsenal in a friendly yesterday, so one just has to hope something can be done to combat this worrying rise in racist incidents and that the players involved can bounce back and show everyone what they can do on the pitch again next season.