Arsenal have reportedly agreed personal terms with Leicester City star James Maddison ahead of a transfer.

The England international has been linked strongly with the Gunners and other big clubs in recent times, and it seems increasingly likely that the Emirates Stadium could be his next destination.

Various sources are now stating that Maddison has agreed personal terms over moving to Arsenal, with the north London giants now set to make a bid for him imminently.

This could mean Arsenal end up paying around £60million for Maddison, which could be a bargain if he continues to develop as he has for Leicester in recent times… 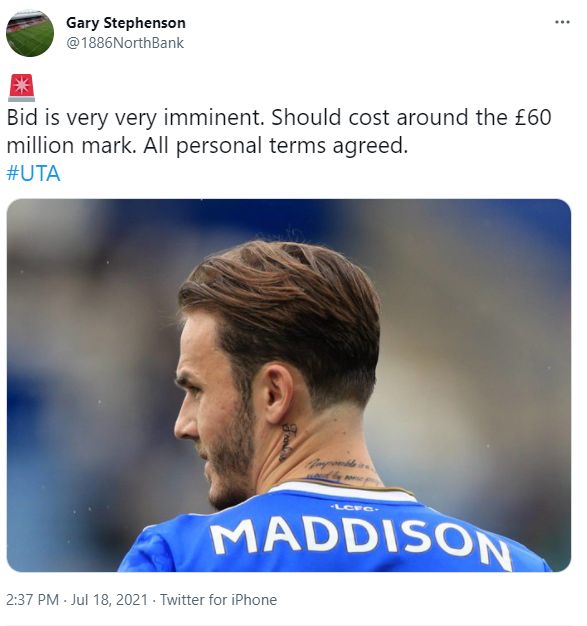 Arsenal need a signing like this, and have also been linked with similar players in the form of Houssem Aouar and Manuel Locatelli.

Maddison is proven in the Premier League, however, so might be the superior option.

Gary Lineker recently trolled Arsenal over their interest in Maddison, advising the 24-year-old not to make the step down with a move to AFC… 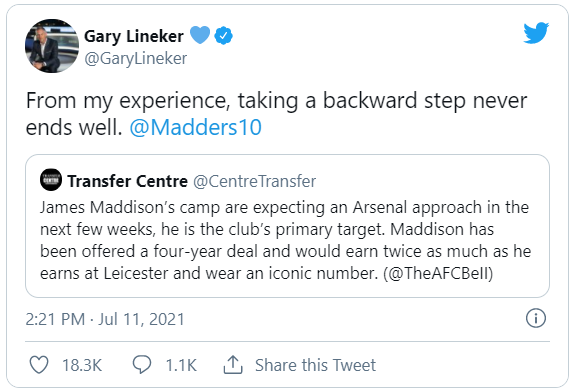