Herrera captured the headlines after he was involved in a mass brawl following a clash for Boca Juniors.

Boca and Atletico Mineiro were involved in a mass brawl in the tunnel following a Copa Libertadores tie earlier this week.

And footage emerged showing former United star Rojo picking up a fire extinguisher as a reaction to the incident.

Fortunately for him and his rivals, Rojo didn’t actually use the extinguisher, and so it ended up being something to laugh over, though the punch he appeared to throw wasn’t such a light-hearted topic. 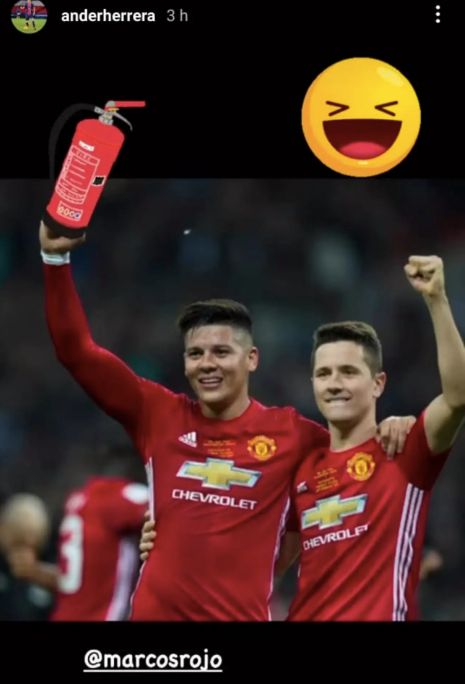 But over the fire extinguisher, one of Rojo’s former United teammates in Herrera, who is currently at PSG, took to Instagram to poke fun at the now Boca Juniors star.

As you can see above, Herrera posted a picture of the pair together on his Instagram story, as captured by talkSPORT and placed a fire extinguisher emoji in the place of Rojo’s hand while also including a laughing face emoji.