With fine performances at the Euros, Manuel Locatelli has been targeted for a transfer to a high-profile club, but the ace certainly doesn’t have Arsenal in mind as a destination based on his latest tweet…

The defensive midfielder has liked a tweet from the Elvin DF account, a fan site for Juventus. Locatelli liked a post on his official account that shared the updates of of an article from Gazzetta dello Sport.

Gazzetta dello Sport report that an offer from Juventus is already on the table, one that would seemingly be for an initial loan at a cost of €5m, with €20m then paid out to Sassuolo by 2023.

It’s added that the latest Juventus offer would also include €7m in potential bonuses and a massive 25% sell-on clause which appears to be the one ‘super bonus’ detail that has worked in Bianconeri’s favour.

Arsenal fans will be devastated by the expectation that this deal is not happing, especially as Gazzetta add that they actually made a bigger offer of €40m for the 23-year-old. 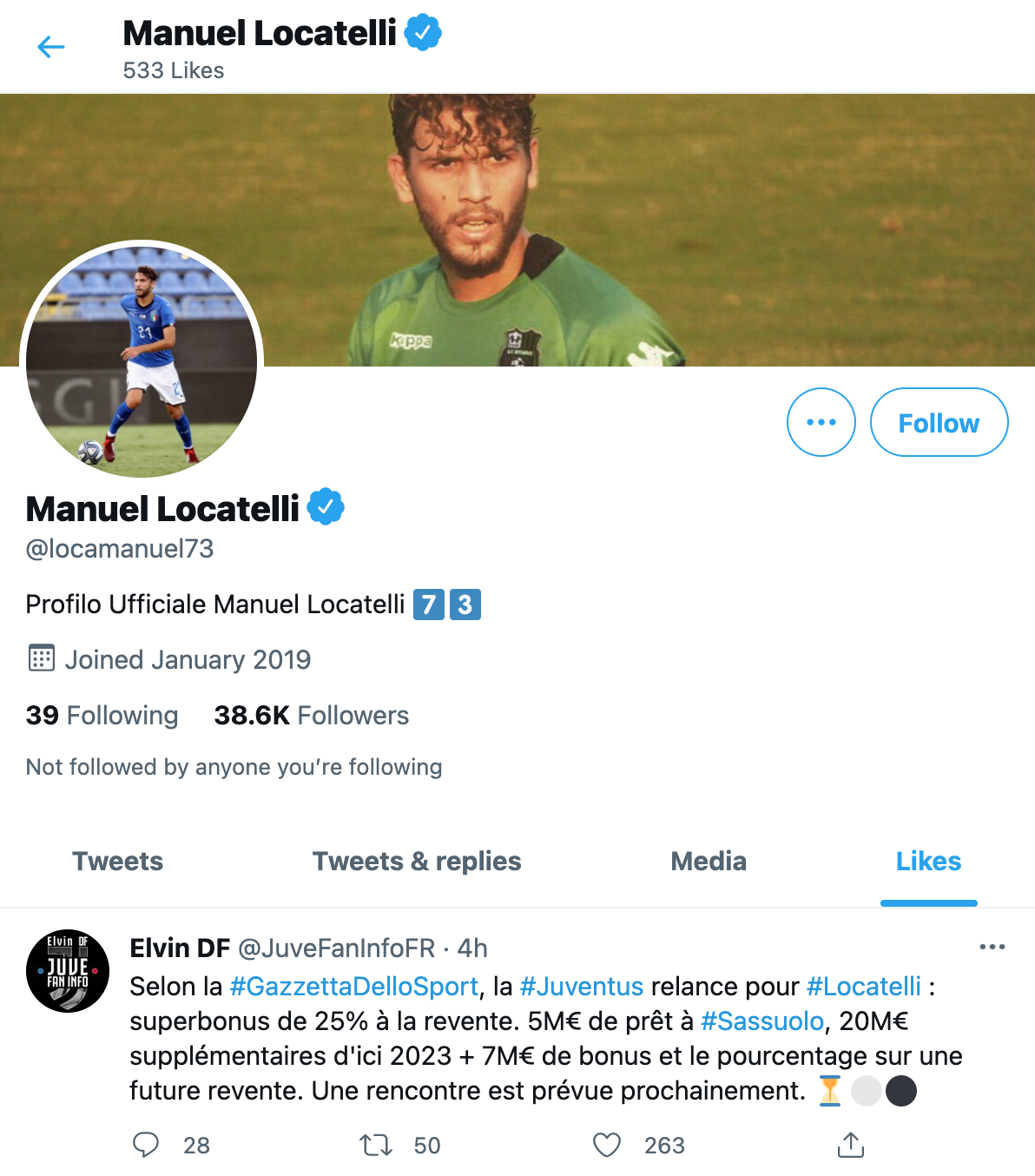 Locatelli started two of Italy’s fixtures as they went on to win the Euros this summer, whilst also coming off the bench on three occasions.

Arsenal did strengthen their midfield with the recruitment of the promising Albert Sambi Lokonga earlier this week, but they now look resigned to missing out on an experienced star like Locatelli.

Locatelli burst onto the scene with AC Milan a few years ago but was on the books of Sassuolo just two years later after little came of though the initially exciting breakthrough.

The midfielder has rebuilt himself exceptionally with Sassuolo, he showed the impact he can make in the final third despite his defensive midfield position last season with four goals and three assists in Serie A.