Manchester United have officially completed the signing of Jadon Sancho from Borussia Dortmund.

It was announced during Euro 2020 that the Reds had agreed a fee for the England winger, but fans have been forced to wait weeks since the announcement to see the deal confirmed.

The wait is over, however, and Sancho is officially a United player with the club confirming the deal this afternoon.

But what United did not confirm was what number their newest signing would be wearing.

With Edinson Cavani already possessing the number seven, it’s likely Sancho will take up the number 16 for his first season.

Meanwhile, the National News report that Sancho is likely to switch to the famed number seven once Cavani leaves the club, which could well be next season. 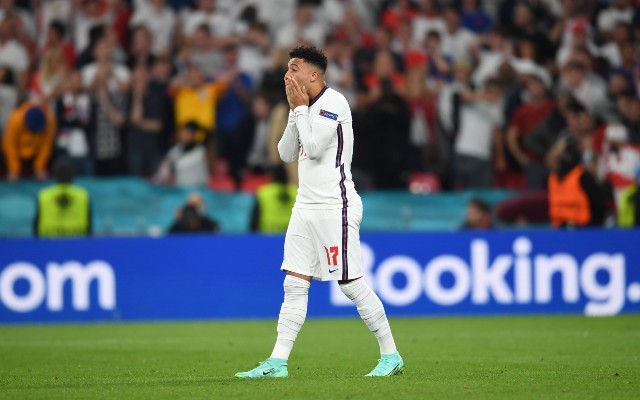 Sancho has worn number seven throughout his senior career at Dortmund, wearing the number nine and then 17 for England.

The number 12 is also available at United, but 16 appears to be the one, and Transfermarkt already have the digits listed as the ones Sancho will wear for United.