At the start of the Tokyo 2020 Olympic Games, the Brazil national team beat Germany 4-2, and everything was settled in the first half because Richarlison scored three goals in thirty minutes.

The Everton forward’s performance was an impressive accomplishment to kick of the Seleção’s defense of its gold medal. However, for Argentina’s national team midfielder Leandro Paredes, the 27-year-old took the time to troll.

On an Instagram post by Argentine media outlet TyC Sports, Paredes simply wrote, “And in the final?” taking a job at Richarlison and Brazil for losing the Copa America final to Argentina. 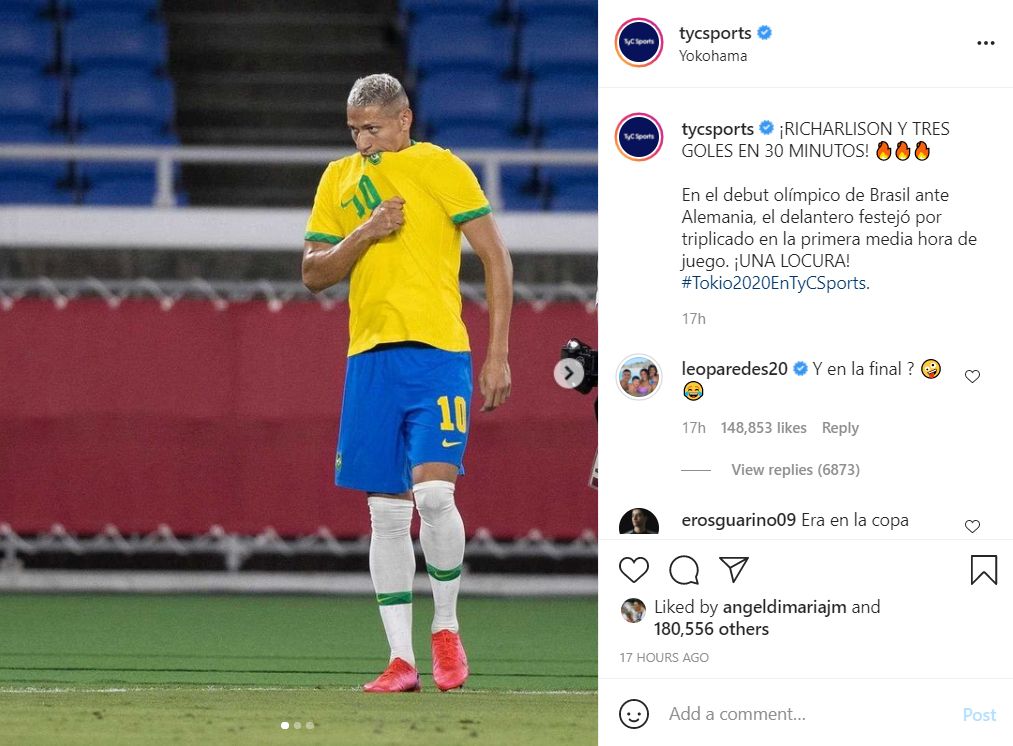