Chelsea are reportedly confident they will get a deal done to sign Erling Haaland this summer.

The Borussia Dortmund goal machine is being increasingly linked strongly as a top target for the Blues, who need a new big-name addition up front.

Timo Werner struggled last season and Olivier Giroud has just left for AC Milan, while Tammy Abraham is being linked with Arsenal.

Haaland would be a dream signing for Chelsea after scoring 41 goals in 41 games last season, and it seems the west London giants are now preparing a big bid for the Norway international… 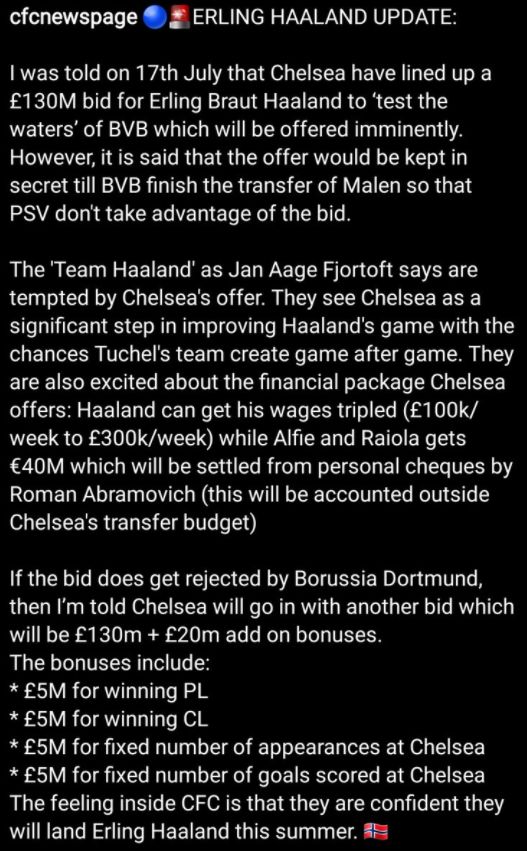 It seems CFC are serious about paying what it takes to get this deal done, but one imagines other top clubs will also join the running at some point.

Haaland’s superb form has also seen him linked with big names like Manchester City, Real Madrid and Barcelona in recent times, but Chelsea could be a tempting destination for him too.

Thomas Tuchel’s side won the Champions League last season and could surely be big favourites for the Premier League title if they did manage to win the race for Haaland.

The 21-year-old has a big future in the game and it would be exciting to see him in English football for his peak years.