Chelsea poster boy Mason Mount has shown off his impressive body transformation while on his summer holidays.

Mount, who was merely a spring chicken plucking away at Derby County two years ago, is now a key player for both Chelsea and England.

The 22-year-old is a reigning champion of Europe, too, having starred for Chelsea throughout their Champions League campaign and finished with his hands on the trophy.

It’s easy to see why he’s developed so considerably as a footballer when you consider how substantially he has developed physically.

The Premier League is renowned for its physical nature, and it’s safe to say that Mount was not prepared for that when he first joined up with the Chelsea squad.

Compare that to now, with Mount being snapped working out while on his summer holidays, evidently trying to maintain his fitness levels ahead of joining up with the Chelsea squad. 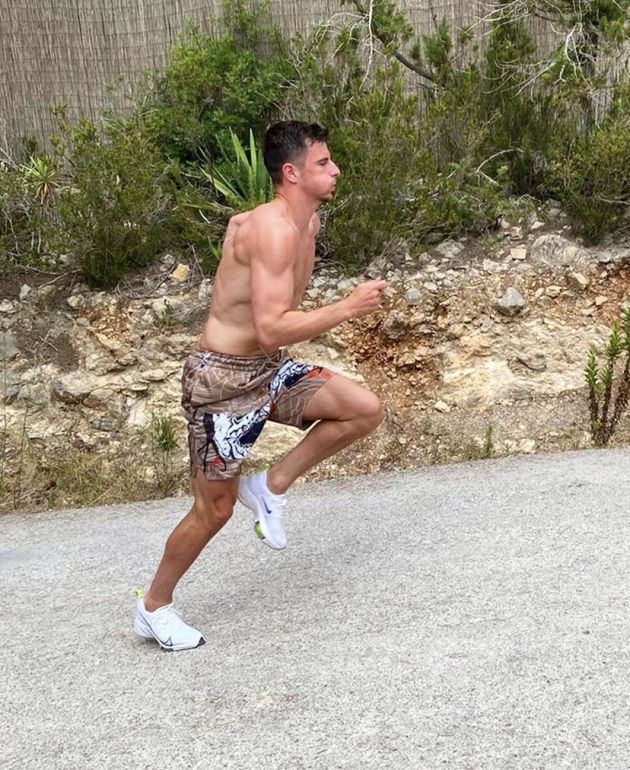 The boy has become a man…