Liverpool have been backed to be serious contenders thanks to one returning player this season.

The Reds spent much of last season without centre-back Virgil van Dijk after the Dutchman suffered a serious knee injury early in the campaign.

Just how much that injury blow altered the course of Liverpool’s season is impossible to measure, but after also losing Joe Gomez to injury, the Reds struggled last term.

Jurgen Klopp’s men made a late fight back to finish third, but they could not get close to champions Manchester City.

This season, however, they are being backed to return to their best, strengthening at centre-back with Ibrahima Konate and welcoming van Dijk back from injury.

And Sky Sports pundit Merson believes it is the latter who will overhaul Liverpool’s form from last season.

“Liverpool will be a different animal with Virgil Van Dijk back. He gets them pushed up and playing on the halfway line,” he wrote in the Daily Star. 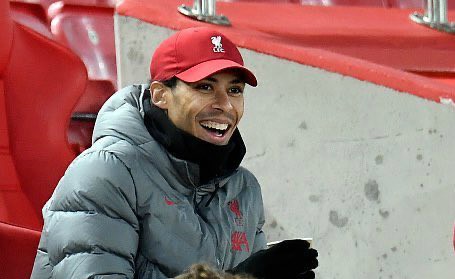 “Last season was a wake-up call for them and they will be massive contenders this time around.

“I think they will sign players too, and the front three will be fresher. They will have a point to prove.”

And he will look to return to that sort of form this term with the Reds expected to be serious contenders, along with the likes of Manchester City, Chelsea and Manchester United.