Raphael Varane might have signed for Manchester United a lot earlier if it wasn’t for one particular player.

The French centre-back is destined to sign for the Reds this summer after United agreed a €50million deal with Real Madrid.

A medical is to come, but Varane is extremely likely to be playing at Old Trafford come the start of this season.

United fans will be delighted with the signing, but it could have come much earlier had Sir Alex Ferguson made a different decision.

Ferguson once listed Varane as a transfer target, when the centre-back was still a youngster, impressing at Lens.

MORE: West Ham can sign Phil Jones on one condition

But instead, Ferguson opted to sign Phil Jones on a £16million deal from Blackburn Rovers in 2011 and Varane joined Real Madrid for £8.5million.

“Manchester United? They had just signed Phil Jones in my position,” Varane told L’Equipe in 2012.

“My first reaction when Real wanted to sign me was not, ‘Of course I will go’. I only made my decision when I knew that the coach wanted me to play in the first team.”

“PSG? The project there wasn’t clear. The Qataris had only just arrived and it was all very vague.

It’s fair to say things worked out a little better for Varane, who has won 18 titles at Real Madrid, including four Champions Leagues and three La Liga titles.

Meanwhile, Jones has won one Premier League title, a Europa League and an FA Cup. 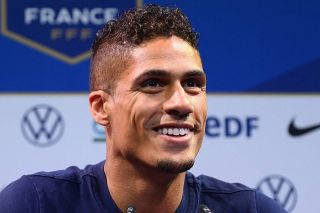 Jones is still at United as things stand, but it is expected he will move on this summer.

As for Varane, he will finally end up at United and all is well that ends well as far as the Reds are concerned.