The Argentina team crashed out of the Tokyo 2020 Olympic Games. The Brazilian squad was present to watch the game against Spain, leading to the players mocking La Albiceleste for their departure with a photo on social media.

Atlético Madrid midfielder Rodrigo De Paul used an image from the final against Brazil in the Copa América and uploaded it to Instagram (via Marca). The 27-year-old did his best to silence Richarlison with a photo of both players at the Maracanã stadium. 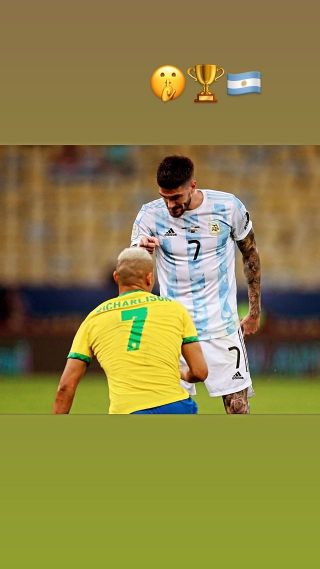