The Argentina National Team said goodbye to the Tokyo 2020 Olympic Games by drawing with Spain and finishing third in Group C, with Egypt and Australia also in the group.

Spain and Egypt are the two nations that advanced from the group, and Argentina’s eternal rival, Brazil, decided to poke fun at Argentina. Aston Villa’s midfielder Douglas Luiz posted a photo on Instagram (via Marca) with the caption “goodbye little brothers.”

Over the summer, Argentina defeated Brazil in the Copa America final, and now the rivalry seems to have some spice in it. 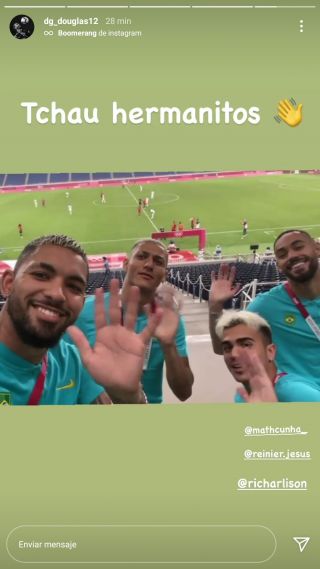