Brazil defended its gold medal that the national team won in 2016 at the Summer Olympics in Rio de Janeiro. With a new group of players, the Seleção headed to Tokyo, and they came away with gold following their 2-1 victory over Spain.

One player that showed support to the group in Tokyo was Paris Saint-Germain forward Neymar Jr. On his Instagram story, the 29-year-old, who was part of the squad that won the gold medal in 2016, expressed his joy for the Brazilian national team, especially former teammate Dani Alves.

“If there’s a guy who deserved this gold, is this one? Let’s go Dani Alves,” Neymar wrote. 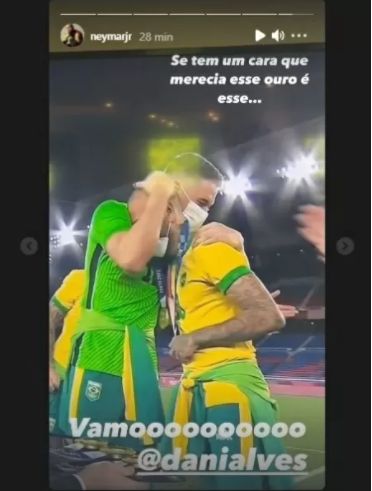