Jamie Vardy is at it again and not just when it comes to scoring goals.

It took just 40 minutes for Vardy to get off the mark for the new season, putting Leicester City ahead against Midlands rivals Wolves at the King Power Stadium.

A sweet cross from Ricard Pereira, who has only recently returned from a long-term injury, was turned home by Vardy.

It was a brilliant front post finish from the Foxes talisman, who couldn’t resist mocking Wolves during his celebration.

Following the goal, Vardy ran to the corner before putting his hands to his mouth and howling like…well…a wolf. Take a look below. 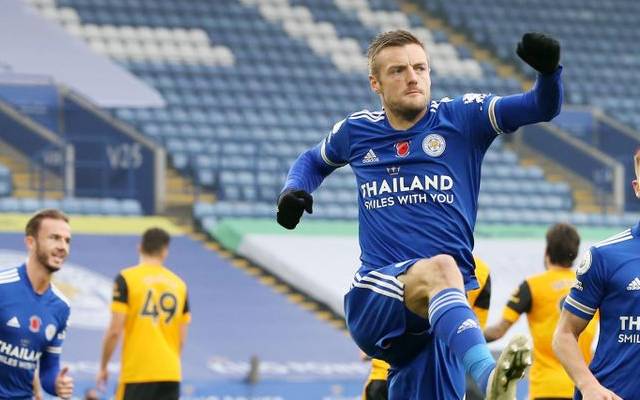 It’s typical Vardy to poke fun, but the main thing for the striker is to be off the mark for the season having netted 15 times last season.

That wasn’t quite enough to land Leicester a top four finish, the Foxes missing out despite spending much of the season in fourth place.

But they will be aiming to go one better this time around, and they are already going about it the right way.