Evra spent seven years at United in all, and all but one of those years were spent working under Ferguson, winning five Premier League titles and everything but the FA Cup along the way.

The pair’s fine relationship is well-known, and they are still very much in touch to this day.

In fact, Evra, his wife, child and Ferguson recently shared a meal when all four posed for a picture with big grins.

And the Frenchman posted a traditionally witty caption with his picture, saying: “Me: We’re going to have lunch with the Pope. Margaux Alexandra: Cool we going to Italy. Me: Nope he live in Manchester.” 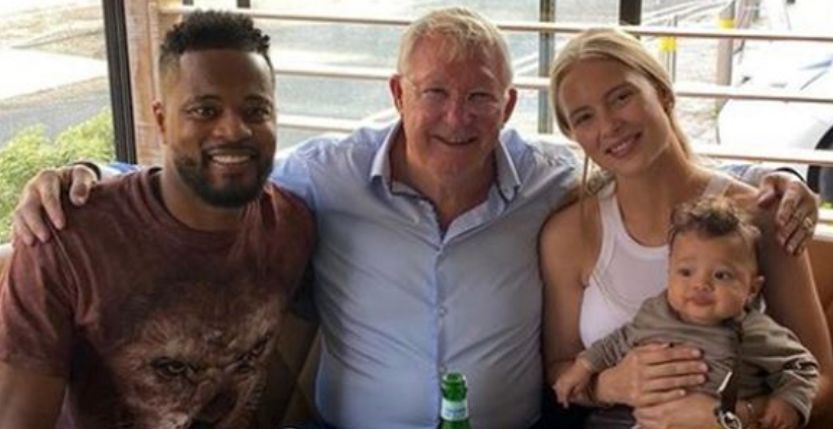 Me: mon coeur ?? we’re going to have lunch with the pope ?? Margaux Alexandra: cool we going to Italy ??.. me : nope he lives in #Manchester ??? #ilovethisgame #positive4evra #siralexferguson #manchesterunited @ManUtd pic.twitter.com/LDFaBUkccw

United fans will be delighted to see two legends keeping in touch years after they separated at United.

That is, after all, often the sign of a true team, when the players and staff keep in touch for years to come, even after the dust has settled on their success and even when their lives have changed.