Declan Rice is not said to have demanded a release clause in contract talks with West Ham because the talks are non-existent.

The England international was again linked with a move away from the London Stadium over the summer, but he once again remained a West Ham player.

And despite being under contract until at least 2024, it has been reported for some time that the Hammers are keen to extend the midfielder’s deal.

Rice has been resistant, but reports emerged recently of Rice being open to a new deal as long as he can have a release clause in his contract.

But those rumours have been rubbished by Hammers insider ExWHUEmployee, who said on his Patreon account via West Ham Zone: “Despite many rumours and reports from various outlets, as covered on the podcast, Declan Rice has not been in talks over a new contract recently. 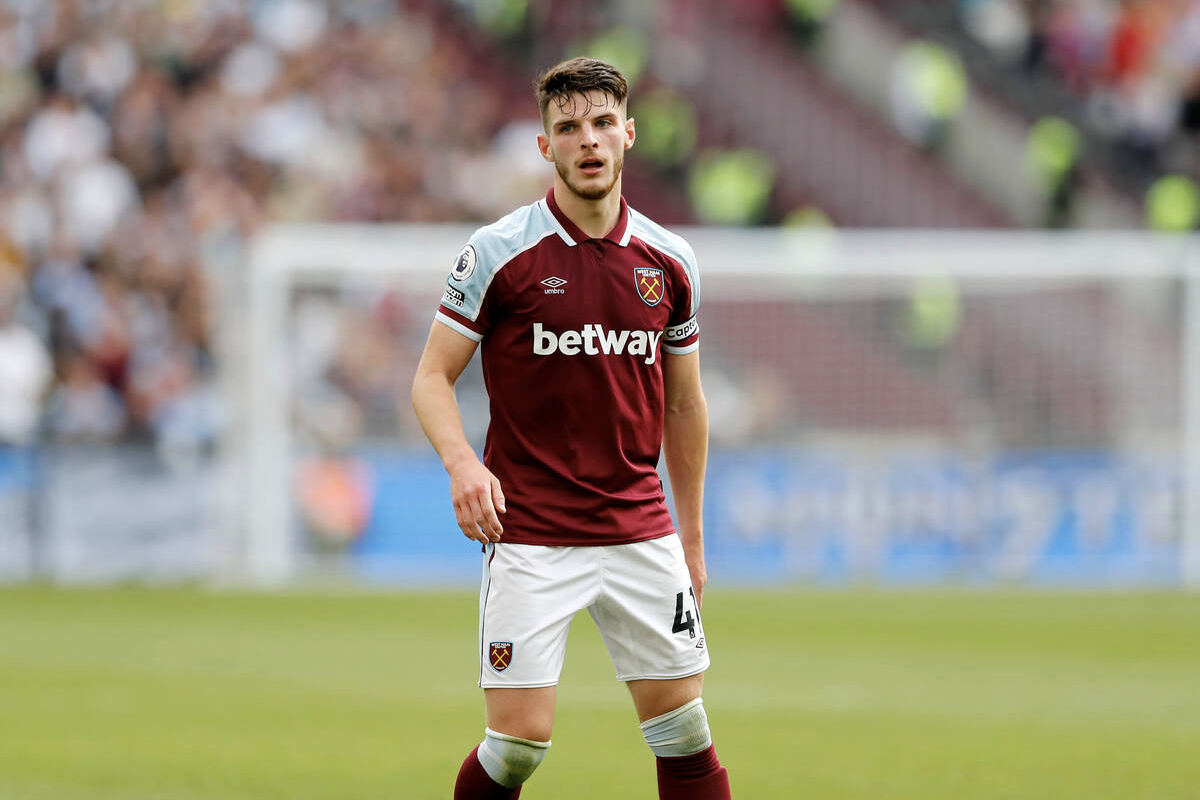 “Therefore he has not requested a release clause and any reports of this are simply false.

“The situation remains as it has been for a while, now that transfer season is over unfortunately stories like this will emerge so that there are things to talk about regardless of facts.”